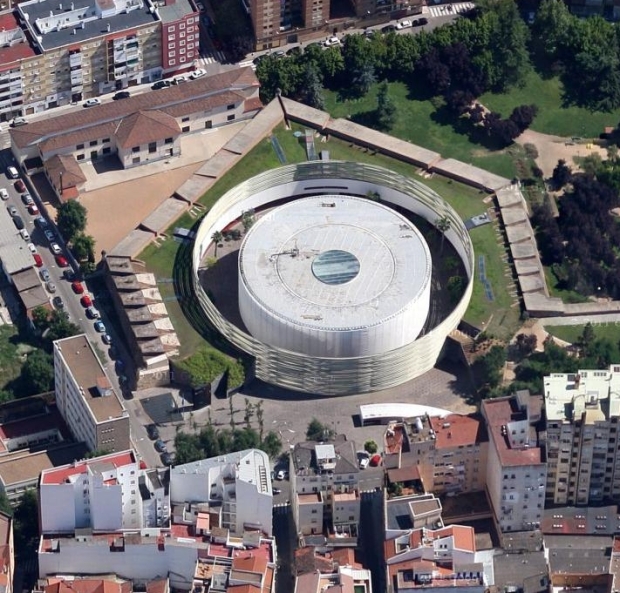 Badajoz is a city (pop. 151.565 in 2011) on the Spanish-Portuguese border. Some days ago I went there to a congress on an European transportation project, Axis 16, whose investment priority has been reduce, leading to protestations from the concerned regions. Axis 16 would configure a high capacity freight rail link between the Portuguese port of Sines and the French rail system through a new tunnel under the central Pyrenees mountain range.

Beyond the interest of the Axis 16 project (which implies  a substantial refurbishment for an existing infrastructure currently obsolete, and therefore a reduced environmental impact), one of the surprises in this travel was the venue: the Badajoz Congress Palace.

Here the tourist space is not related to holidays but to business. The convention tourism is a specific dimension, implying a chance to get substantial revenue and to show the city to clients that can later come back for leisure. Most of the sizeable cities in Spain have specific convention venues, but organization abilities are at least as relevant as the built infrastructure. In this case organization was reasonably good, and 60 euros gave right to the convention and good quality food for the two days.

On a XVIIth century bulwark, occupying the site of the former bullfighting ring, the building constitutes a volume with a clear presence, but despite its size and visibility there is a hermetic dimension due to the access configuration.

You enter the building through a descending staircase covered by a strong orange color element, that is out ouf the cylinder defined by an open structure similar to a large basket. From there you enter a foyer in which the orange color and natural overhead lighting are the main element. The congress hall is marked by translucent wall which are back-lit. The volume of the hall is separated by a courtyard defined by both cylinders from the smaller reunion spaces. The building plays with transparency to variable degree. 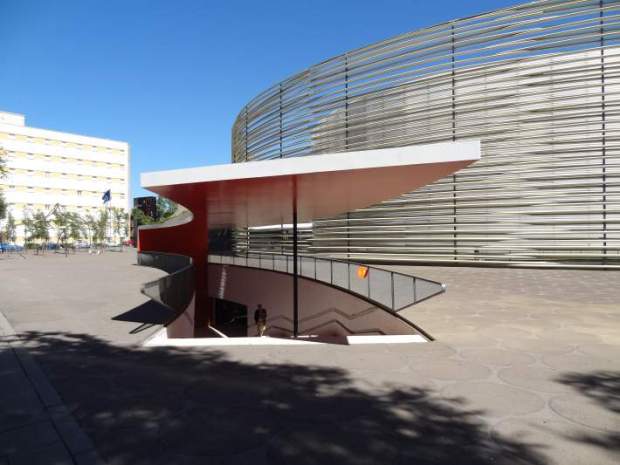 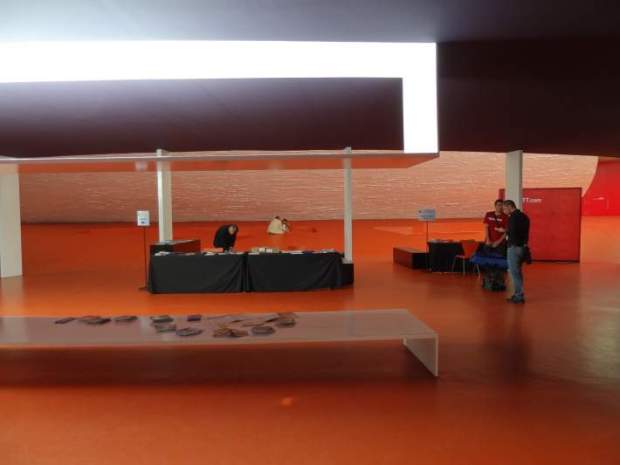 The result is interesting, even if a question could be raised by the energy used by the back-lit walls in the congress hall. The emergency exits and the disabled access routes are out of sight, but they are surely as simple as the rest. The access route in a descent to later rise to the congress hall creates a spatially rich itinerary but is not tiresome. Some materials are not as well finished as they could, but the whole is spatially quite satisfactory. The circulation spaces and the halls can seem large in the photographs, but in your average congress they are soon filled. 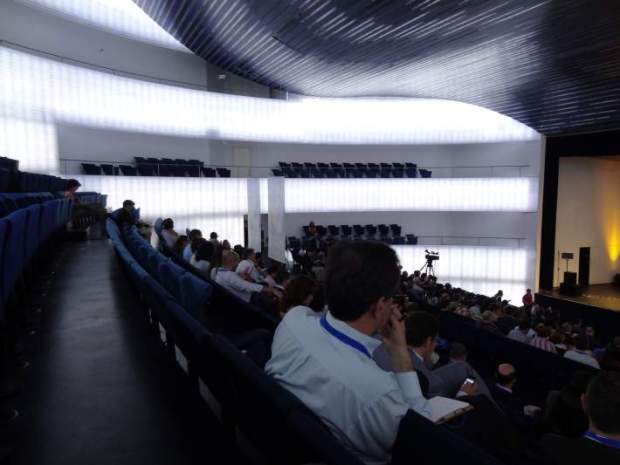 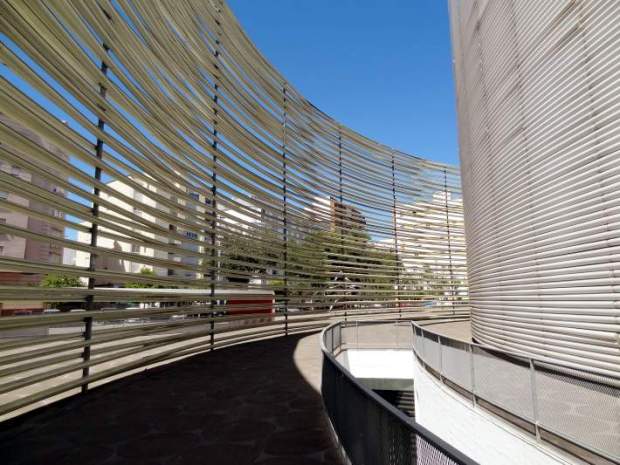