As I have earlier mentioned, I love books in all their forms; living in a somewhat small apartment, this has led to a point in which I have to limit my physical book purchase, so I have a Kindle…  So I apreciate clearly when there is room for books, and large libraries are this kind of space. Here begins a series on architecturally relevant libraries that I have visited (not for the most) or I would not mind to visit… 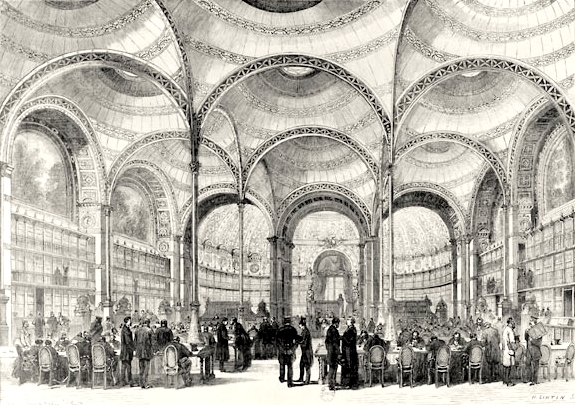 The French National Library (BNF) is an impressive institution that maintains many interesting reading halls. This post relates to the Salle Labrouste, in its Richelieu Building, north of the Louvre in central Paris. Salle Labrouste takes its name from Pierre François Henri Labrouste, a french architect from the XIXth century that introduced innovative uses for the then new iron structures. For what now is Salle Labrouste, opened in 1868, he created a  square of nine domes supported by extremely slender iron columns. This creates a large space with minimal structural intrusions, and a good natural light (by library standards). The domes are just visible from inside, without an external visibility as the roof covering them is a conventional one, just transformed by conventional clerestories. 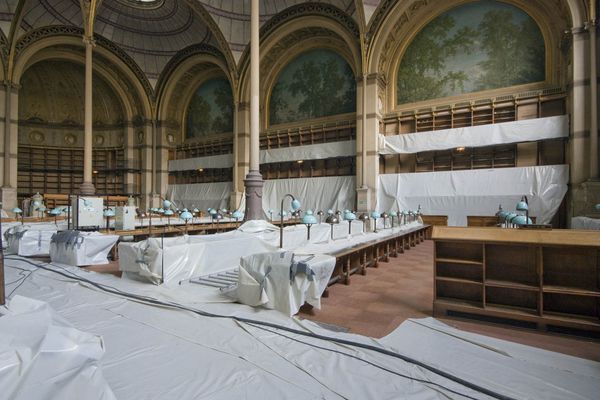 Salle Labrouste in the larger Richeliu complex of the BNF. The large oval structure on the lower right part of the image is the Salle Ovale.

The Salle Labrouste is currently being transformed; until 1998 it housed the Départment des Livres Imprimés, and will soon house the Bibliothèque de l’Institut national d’histoire de l’art.

Salle Labrouste has an area of 1.370 sq m, and for its new function it will offer 320 reading posts.