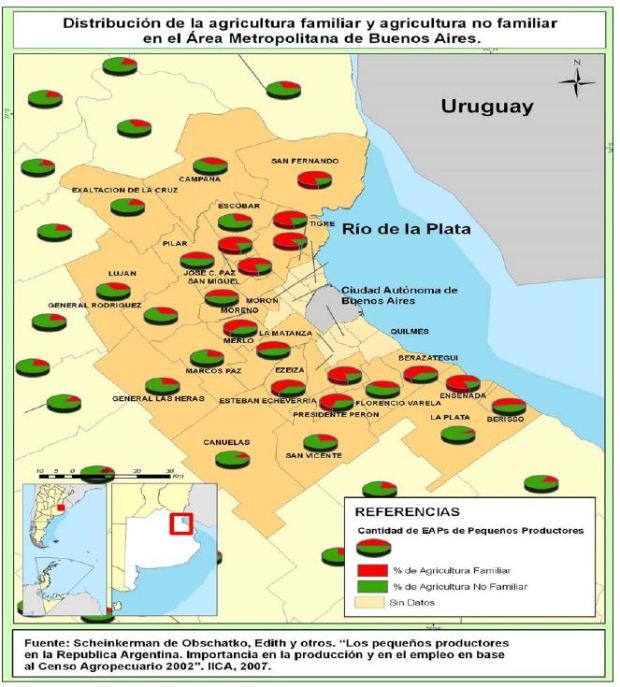 The last decades have been marked by the rising metropolitan population as well as by the gradual reduction in the share of small farmers to the benefit of large farms. The authors atribute that to the economic policies at the country level and to a planning law that is focused on urban tissue regulation (with a curious penchant for gated communities, of all things…), but that lacks an integral vision of the land according to its various values, among which agrarian production is clearly one.