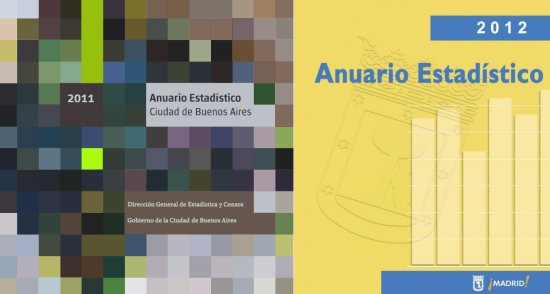 I am fully aware that when in 1859 Charles Dickens published his “A tale of two cities” he was talking about the parallel evolution of London and Paris during the French revolution. But the title seems to good not to use it to talk about two cities that are nearly as different and distant as they are close in many aspects, Madrid and Buenos Aires.

I have lived in Madrid for more than a decade, but I have never been to Buenos Aires. Despite that, having lived in Galicia for 30 years, Buenos Aires has been a constant presence, probably as New York for an Irish.

It seems that Benjamin Disraeli, PM to Queen Vitoria, said that there are three kinds of lies: lies, damned lies and statistics. With this prevention, and taking into account that there are always alternative sources, the statistical yearbooks of both cities seem a way to approach the realities of both cities.

For Madrid, the Yearbook published by the City in December 2012 includes social, economic and environmental data.

On both cases, general statistics describe cities touched by the economic crisis, the one at the beginning of the past decade for Buenos Aires and the one that began in 2007 for Madrid.

29,5% population with revenues under the basic purchase basket