The old core of Barcelona results from the evolution of the primitive roman colony, even if it is difficult to believe by looking at the urban fabric (the large straight streets come from the Cerdá plan in the XIXth century). In Bogota the traces of the Laws of the Indies, with their grid, is clearer.

In Barcelona the Cathedral (red) and the City Hall (blue) are on different squares, while in Bogotá a single space is shared, with a clear symbolism as it also concentrates the headquarters of the judiciary and the Parliament. 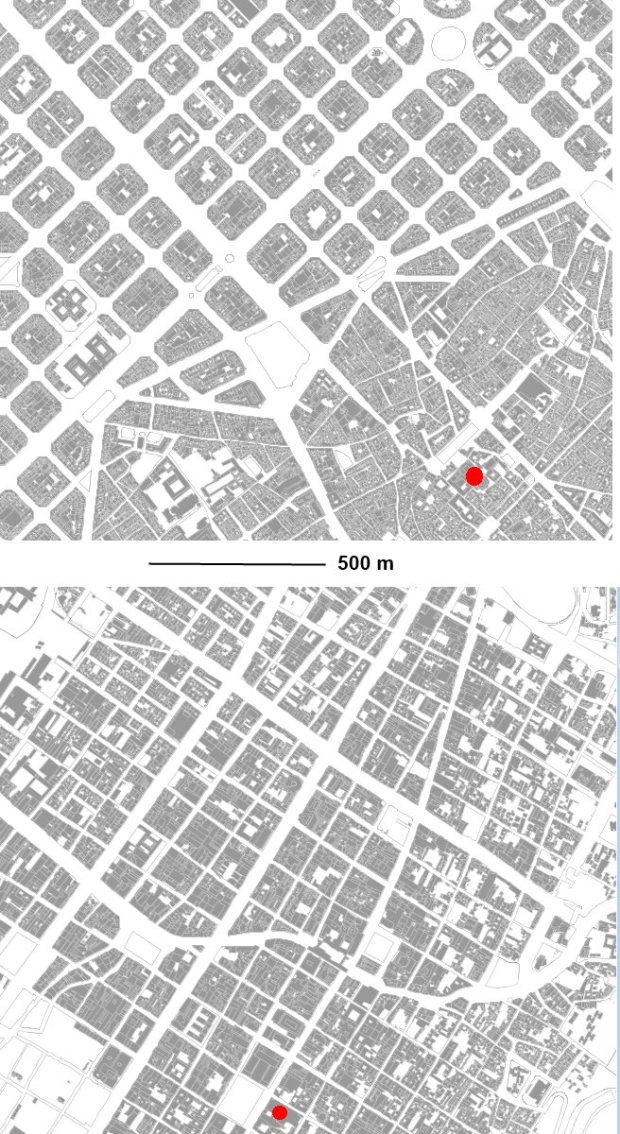