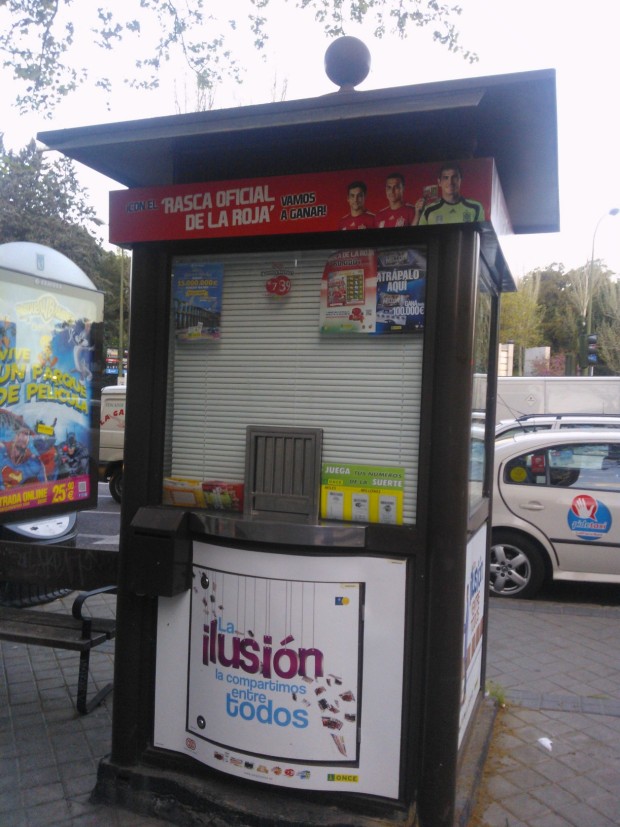 Starting where we left it on the last post, on how there are new ideas to deliver internet sales by physical means (drones and other contraptions…) we have in our streets things that, from an economic rationality viewpoint, would be considered by many as wrecks. This wiepoint implies that rationality is a fully objective matter, and that it is shared by a significant portion of the population. We have phone boots (but for a limited number, real wrecks), mail boxes (slightly more used, nowadays when you need one you are in a hard time to remember the last you saw), press kiosks (more in flux and evolution that really dissapearing)… and the clear example that rationality is just subjective: lotery kiosks. The one portrayed is run by ONCE, the Spanish National Association of Blind People, who have been runing a popular lotery for decades. Besides the emotional impact of this particular group, in fact buying a ticket for a lottery is an economically irrational purchase, but one that really happens, usually out of an impulse, and this is made easier by being on a street location. These 1 sq m spots seem quite relevant, it just remains an open issue if they are stronger or not than online poker and other noveltiesin which to risk your hard-earned currency. 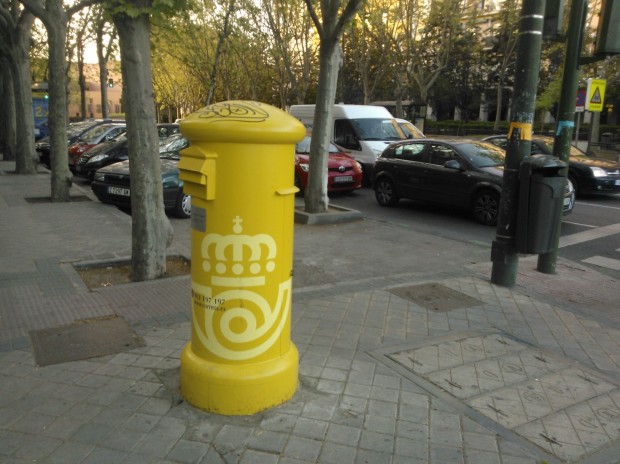