The first department stores seem to have appeared in a more or less simultaneous manner in France and Britain at the beginning of the XIXth century, as a way to catter to an urban elite that was growing in purchasing power with the industrial revolution. This context is well described by Emile Zola in “Au bonheur des dames”, a depiction of the inner life of an early department store. In many cases the first department stores began in small buildings and grew in an organical manner colonizing entire blocks, and even adjacent blocks, something that can still be felt today when going through the departments you find odd level changes.

In terms of urban impact, the department store means a mighty concentration of sales capacity in an usually small area, located in the most central parts of the city (indeed, contributing to the creation of such centralities or to their demise when they flee), and integrated in the general pedestrian and public transportation system. Even if in America it is common to see such establishments in suburban malls, in Europe (in part due to a certain difficulty in some countries for the format to adapt to new settings) it is still a central city bussiness, and in Japan their link to main rail stations is clear.

This stacking of shopping areas under a single operator in a much more integrated way than in any mall is also relevant. It means that the image towards the city must be well defined to endure the test of time. The french examples asume that creating large façades that simulate windows (not always visible from the sales floor), but El Corte Inglés, in Spain, has dotted the country with façades that show no visible windows but for small areas. Even in their recent building in Pamplona, by Martinez Lapeña- Torres, with an interesting elevation (albeit compared by some to a cheese grater), just the penthouse cafeteria is clearly visible (and the street level displays, no doubt…). 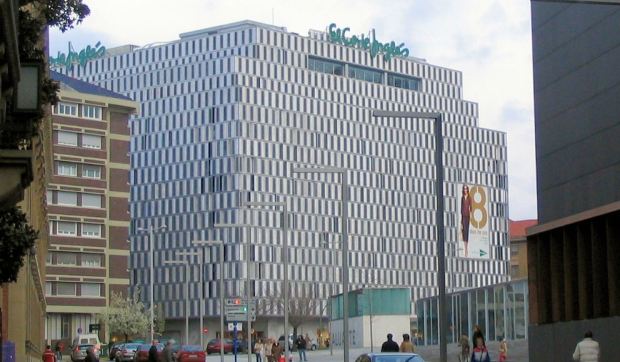 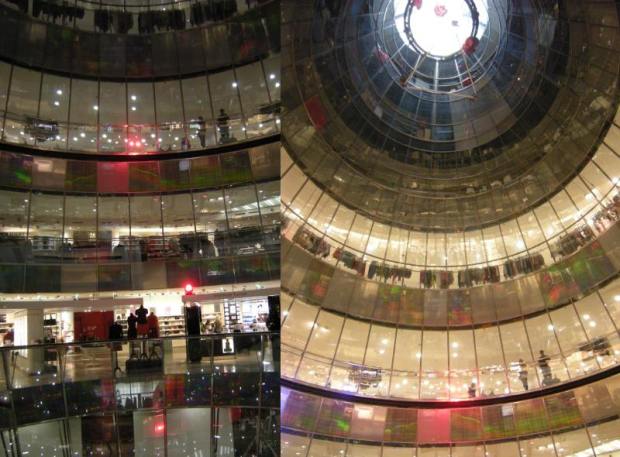 In many examples the idea of scenic building core spaces is relevant, but it is not always the case. Be it domes, iron architecture, glass, a combination of all of or part of the above… in time terms, sometimes these spaces have been fragmented as not to compete for the atention of the shoppers…