Nine rail lines and three underground lines converge at Shibuya, one of the most important stations in Central Tokyo. It is a case of urban centrality linked to transit that have given Tokyo its present shape. 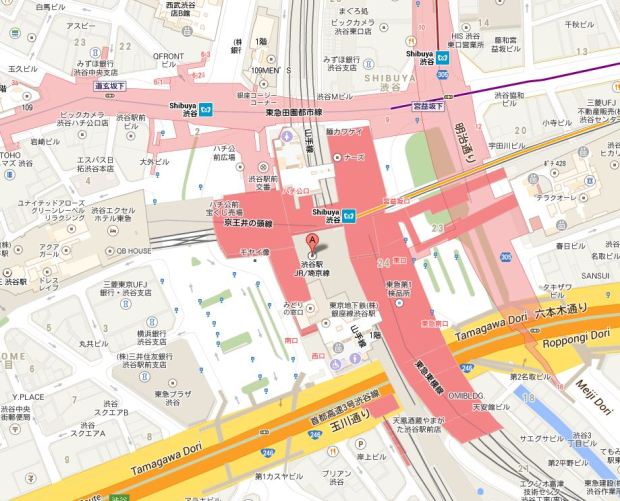 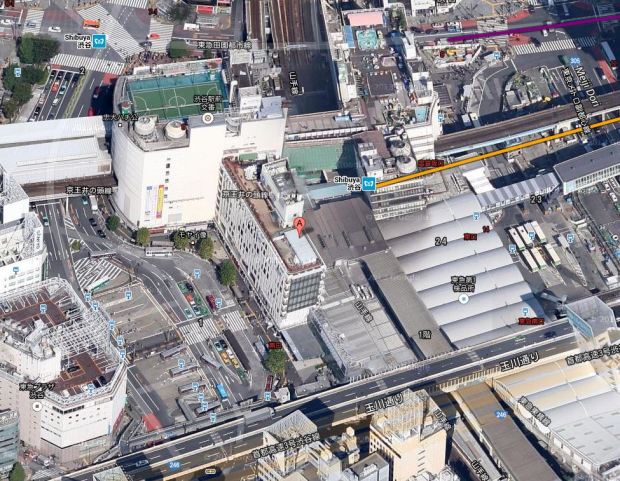 Department stores, and many other uses, stack over the site, deemed the fourth busiest commuter station in Japan. It is an aggregative architecture.