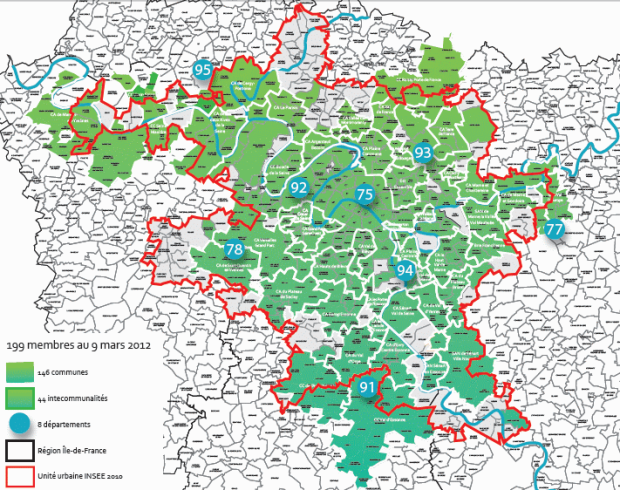 The Paris Metropole association has made public its green book on metropolitan governance on june the 20th.

The green book is conceived as tool for the debate on the metropolitan future. To those that observe the Parisian metropolis from the outside, it is also a terrific introduction to its complexity and to the more general issue of governance, which is pertinent in all urban areas.

The association covers an area with 194 municipalities, 44 intermunicipal associations and 8 departements. Its statutes define three goals: cooperation for metropolitan dimension projects, debate and proposals for financial and economic solidarity among municipalities, and governance evolution.