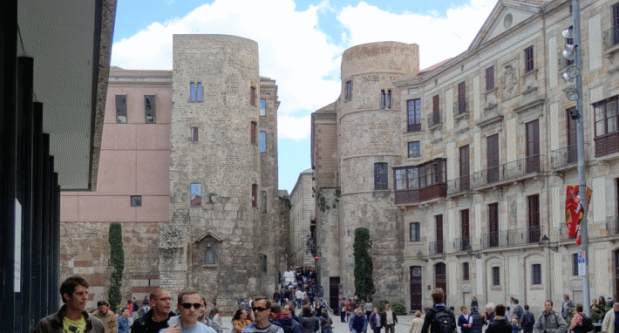 The area around the old Cathedral in the Barri Gotic

Barcelona (population 1.615.448 in 2011 for the municipality) is the most populous city in Catalonia, and its metropolitan area concentrates most of the Catalan population.

In roman times it was already a relevant port, and during the middle ages it cemented its dominant position in the Aragonese kingdom, with a colonial expansion in the Mediterranean that reaches Athens.

After the union of Castile and Aragon, Barcelona maintains a relevant role, which is further improved with the industrial revolution, becoming one of the main innovative hubs in the Iberian peninsula from the XIXth century. It is in this context that Antoni Gaudí and Ildefonso Cerdá must be read. 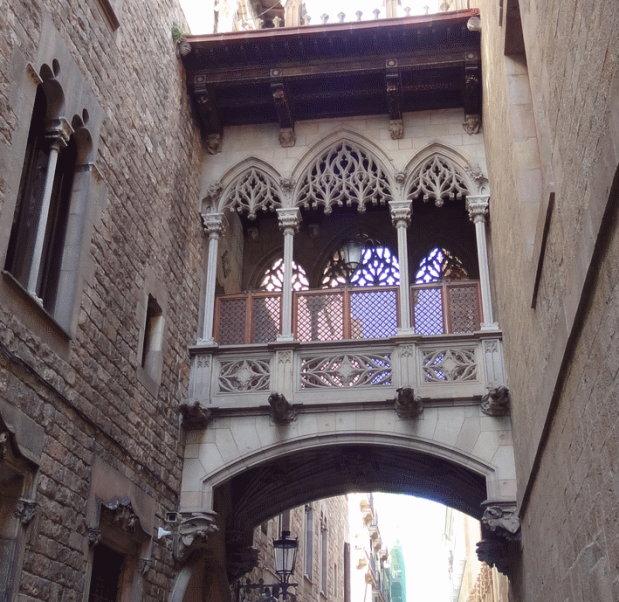