Paris as seen from the Sacré Coeur esplanade

Montmartre is the only steep hill in Paris. This condition has allowed the persistence of a different urban fabric, in which there is almost no trace of  Haussmann’s transformations. The Sacré Coeur basilique, built after the fall of the Second Empire between 1875 and 1919, is a landmark visible from central and southern Paris. 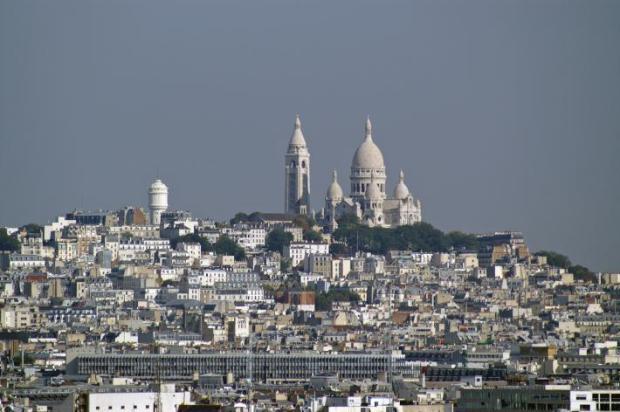 The Sacré Coeur in the Paris skyline 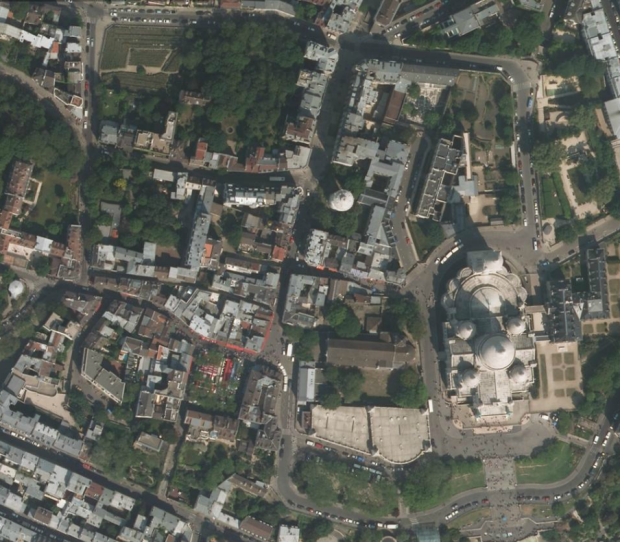