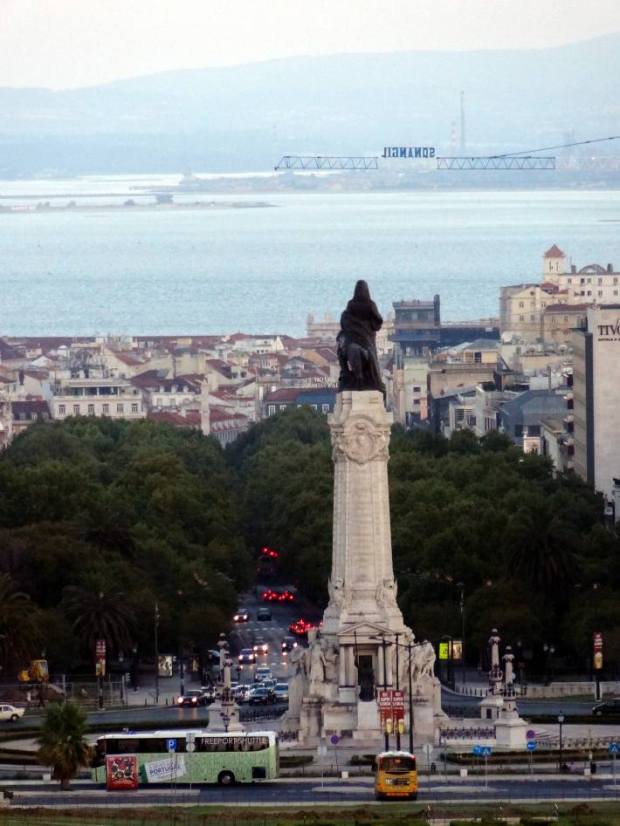 The Baixa and the Straw Sea as seen from Park Eduardo VII. On the right, the upper part of the Santa Justa elevator

The center of Lisbon defines its urban image by a combination of the following elements :

–          The “straw sea”, formed by the wide Tagus estuary, a water surface which has a 23 km width at its widest point, crossed by two large bridges; the view of the center from the 25 de avril bridge is spectacular. As a metropolitan void this space has a special landscape value.

–          A low area with a limited slope between the Restauradores and Comercio squares: Baixa, with a grid layout from the XVIIIth century resulting from the city reconstruction directed by the Marquis of Pombal after de 1755 earthquake and tsunami.

–          Two hills encircling the Baixa: Chiado to the west and Alfama to the east

–          Steep slopes as elements which condition mobility, but also bring wonderful visual opportunities, used during the city history by architects

–          A relevant unity in the building elements, with the logic variations due to age and the social and economic conditions of each neighborhood.

–          The constant use of a limited number of singular elements in the public space, and especially the calçada portuguesa, a traditional paving system for sidewalks with small irregular limestone and basalt elements.

The Tagus shore has been subject to refurbishment works for the last years, concerning the maritime stations and central quays, and specifically those around the Comercio square; work is still under way to the west, in order to the public spaces on the river shore.

The Baixa is a retail and business centrality area, which today has a more representative role as financial and large corporation headquarters have often moved to more peripheral areas. But it is a living center, which is served by many rail and underground stations and the ferry terminals that connect the central city to the rest of metropolitan cities on the southern shore of the Tagus estuary. It is still the area in which most of the government is, and the Comercio square permeates a certain vision of the relation between political power and public space that can be compared to other examples in Paris or Saint-Petersburg. A relevant part of the streets are pedestrian only, with their spaces occupied by cafés and restaurants. The Rua Augusta, linking Rossio (Pedro IV) and Comercio squares through the Arch of Rua Augusta, is the main pedestrian axis of the area. There is also a retail activity on side streets, more intense in areas near the Chiado. The architecture shows the traces of a uniform building ordinance, visible in the unified geometries.

Chiado and Alfama Hills are two different faces of the city. The first is a space with a certain cultural prestige, linked to the literary reunions in the Café A Brasileira, and has regained a retail function after the 1988 fire. It is linked to the Baixa by a network of narrow and steep streets, that can be avoided by taking the Santa Justa elevator, an iron construction from the end of the XIXth century (whose author was Portuguese architect Raoul Mesnier du Ponsard), managed today by the public transportation system, or by taking the elevators of the retail centre that has substituted the department store where the 1988 fire initiated. As in Alfama, you can also take the eletrico, cable cars that in some steep slope streets are specially adapted. Alfama is, on the other side, a more popular hill, with living conditions that seem less favored. Large belvederes exist, and among them the San Jorge Castle is the most relevant.

The belvederes on the hills are relevant to the nearby residents (flat public spaces are rather scarce on the hills) and for tourists. Even while the conservation conditions of the buildings can sometimes be bad, the visible landscape from those spaces is always interesting. It is not as striking as Porto, which is closer to Piranesi’s drawings, but the combination of the hills and the large water body is very attractive.

The coherence of buildings is joined by a feeling of unity due to the quasi-universal presence of the calçada portuguesa on sidewalks. From 1842 its original configuration has evolved, mainly on designs. On one side it can seem uncomfortable, and even slippery due to the bright surface of the small stone elements polished by pedestrian shoes; but it is an element of unity, perhaps more resistant than what seems at first sight, and it is also surprising to see that it is also used in new urban extension areas in many cities in Portugal, which may indicate more reduced handcraft costs than in other parts of Europe. At night the system is quite visible, as the public lighting is reflected.

In this context, the tourism offer is diverse, as well on the cultural and landscape elements as on those concerning restaurants and leisure. The recent introduction of new access elements, as tuk tuk and the improvements in restaurants and hotels, are surely to blame for the good tourism results during the first half of 2012. 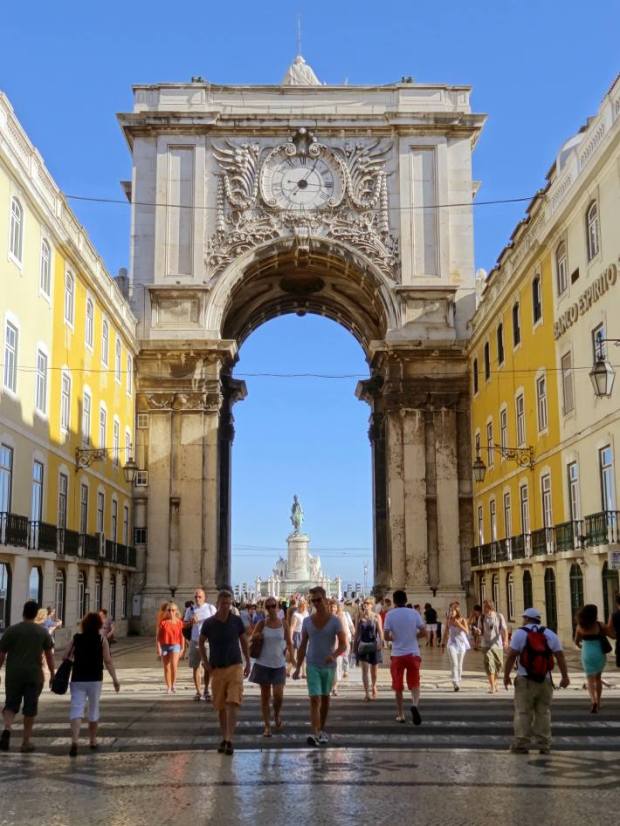 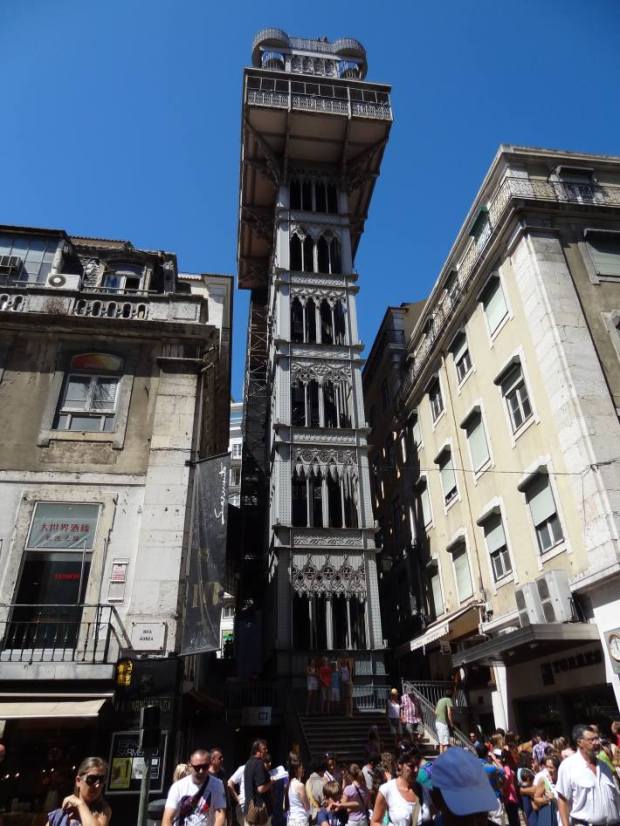