The Alcazar of Segovia in 1837 according to Vivian George

Segovia (pop. 55.748 in 2010) is one of the most interesting cities in Spain in terms of historical heritage. The historical core is located on and around a large rock between two valleys on the northern slope of the Sierra de Guadarrama range. Just about an hour from Madrid by car and some 30 minutes by high speed train, it is a nice trip if you visit Madrid. The City represents some of the finest examples of the midle ages and renaissance architecture in the country; altough it has a magnificent roman aqueduct still working, the roman city that was served by it is less well known. 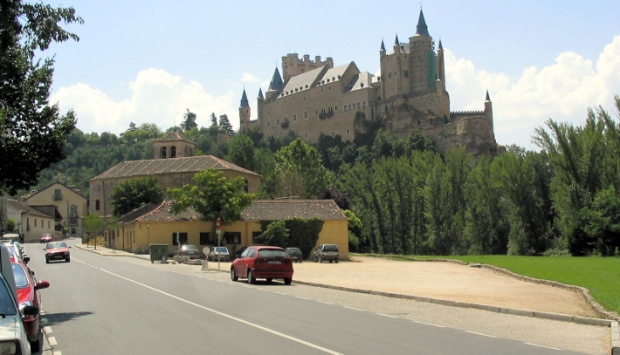 Segovia. The Alcazar from the Eresma valley

Segovia. The Old City as seen from the Northeast 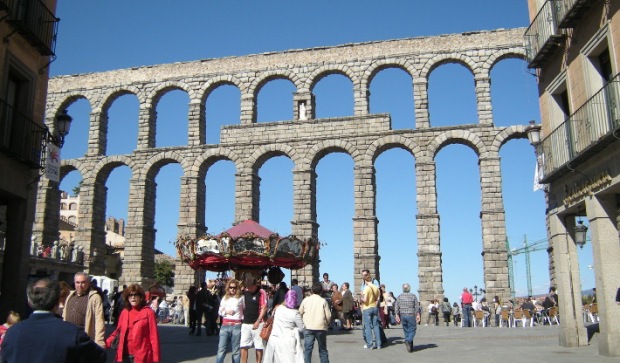 
The city was prominent during the middle ages and the renaissance as it was a hub for wool trade and cattle routes, that made its fortune. The subsquent wool crisis marked a decay that, combined with the rise of Madrid (almost non-existant at the moment of Segovia’s glory), has made it a nice small provincial capital. The opening a few years ago of the new high speed rail line linking Madrid to Valladolid (the regional capital), with a station in Segovia, has fostered the links with the national capital increasing commuting. Even if there has been some sprawl around the city, the main landscape element, the old city, is nearly as pristine as in the 1837 drawing. 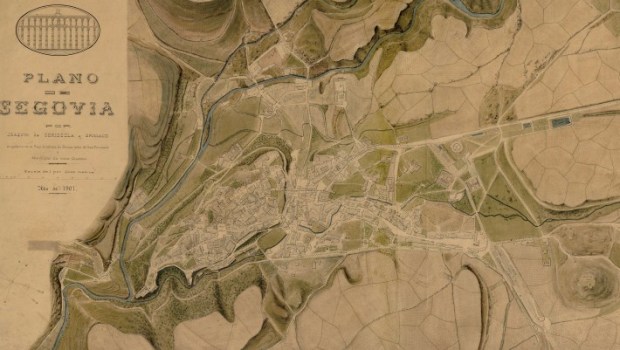