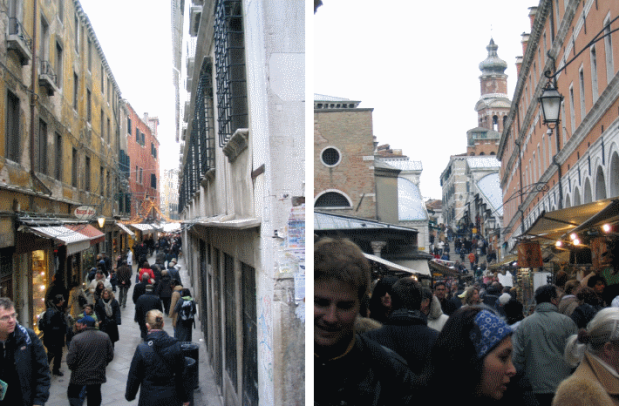 While I lived in Belgium I met an italian architecture student from Verona; he had made his precedent studies in the Venice architecture school. Each time he told anyone about that, people mused “oh, Venice, what a beautiful city, to get lost and wander through its small streets and canals…!”, so he replied “so, you know, in fact it is easy to get lost in Venice, and it is not that wonderful when you are coming home at night with your groceries…”

Saying that Venice is an urban singularity is just self evident. What is not so visible as a tourist are those everyday problems residents find… There are no many streets, but canals –> so there are few street level spaces for shops, and they are scarce but for a reduced number of paths. Those throughfares are used by a hughe mass of fourists, whose purchasing power displaces such minor things as locals trying to buy their tomatoes. I don’t know if things have changed, but not long ago common supermarkets where nearly impossible to find, and street markets where nearly the only way to get your food. For apparel and any other thing that a tourist could buy, prices where far from competitive with mainland shops.

The city is, no doubt, worth the trip; I visited in january 2007 and it was wonderful. But if I had to live in Venice, the choice would be hard between living on the islands or on the mainland (the islands are so interesting…) 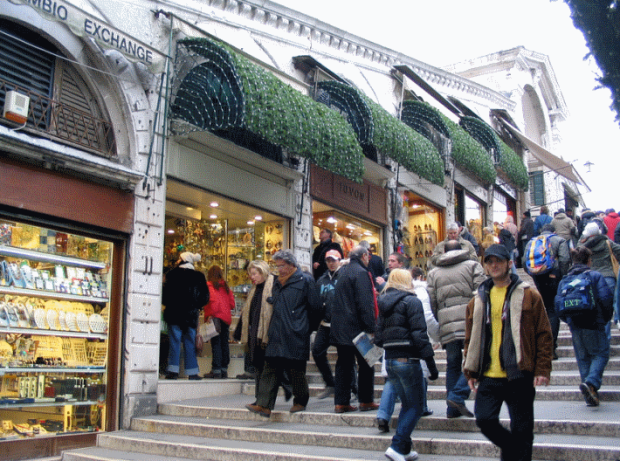 The inner street on Rialto Bridge. Many tourist shops, but they won’t let you see the Grand Canal… 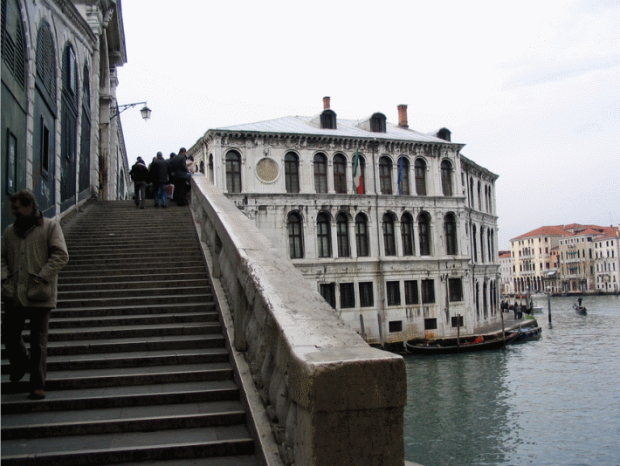 The external façade of the Rialto Bridge 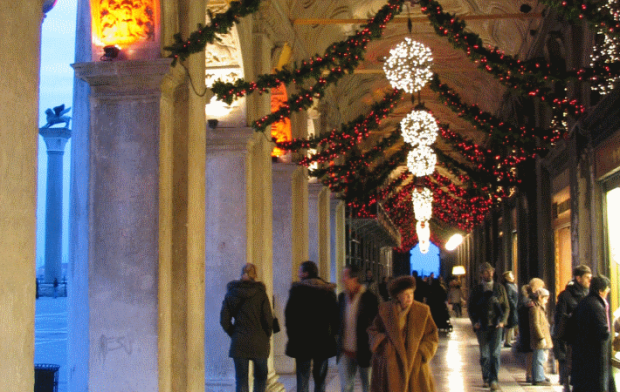 The arcades of Saint Mark’s square 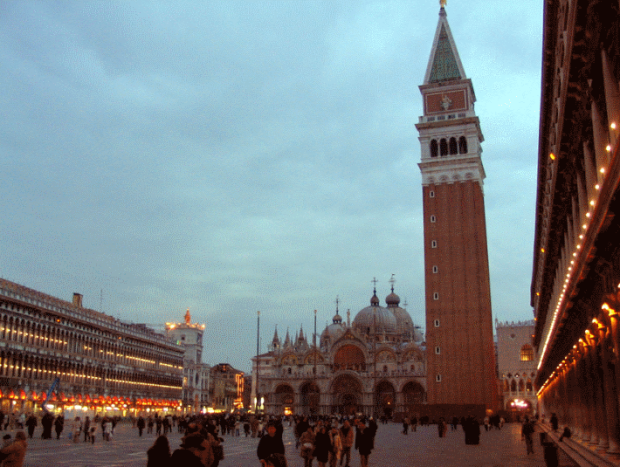 Saint Mark’s square, far from being a uniform space, is interesting due to the variety of the buildings on it