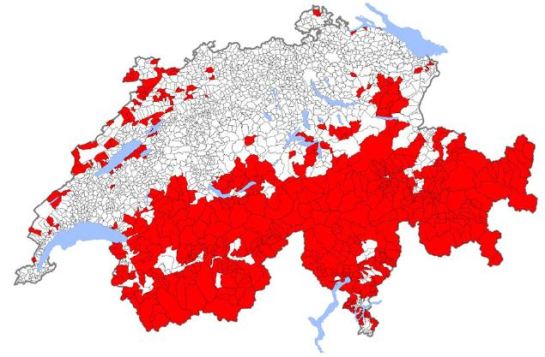 In red, swiss municipalities in which the ratio non permanent dwellings- total dwellings is presumed to be over 20%

Non permanent homes, also known as “cold beds” (as they have no users but for some weeks around the year) is often a concern for planners in tourism receiving countries. Planning theorists agree on the costs to maintain urban tissues seldom used most of the time, and on the environmental costs of such land uses.

On march 11, 2012, Swiss voted on referendum (50,6 yes), among other measures, to limit non permanent homes to 20% on each municipality. The Federal Bylaw of august 22, 2012 establishes the rules to apply this decission. The bylaw defines: