Castles are often seen in a romantic mode ; picturesque landscapes with a good landscape integration coming from a vegetation that has grown over time… once the fortress is obsolete. Understanding their context and the impact of their building period on the life of common people is not an easy task: St Nazaire can be seen as a cautionary tale.

A medium sized French city whose growth began during the XIXth century with the industrial development, when France fell in 1940 it was already a sizeable Atlantic harbor. The German occupation and the extension of the war to the naval theatre led to its designation as a base for the submarine fleet of the Kriegsmarine. This condition was also shared by other harbors from Brest to Bordeaux, but in St Malo the harbor consists of a tidal basin with locks to help operations with wide tides, so the base is located by the city center. So the urban core loses its relation to the sea, due to a gigantic bunker accompanied by a smaller one to protect the lock used by submarines.

Allied bombers trying to destroy the base have a limited effect on it, but a devastating one on the urban center; at the end of the war the base is one of the last german strongholds, but it is surrounded by a field of ruins that has substituted the former city.

After the war, the base is used by the French Navy, but later abandoned and use for some industrial uses. Its demolition is studied, but estimated as way to expensive. The city is rebuilt around, but the old core remains a lost space.

During the 1990s a renewal operation is launched according to a Plan by, among others, Barcelona planner Manuel de Sola Morales. A super-block of mixed uses (including the open commercial mall “ruban bleu”) located as to reduce, the visual impact of the base due to a street at a higher level. But the sea is still at the other side, invisible from the new tentative core… I don’t know if the base will still be there in 100 years, but perhaps someone will have found its urban role…

Anyway, I’m not saying the city has no interest if you dislike bunkers: the coastal strip has one of the best seaside promenades in France (Jacques Tati filmed in one of the beaches “Mr Hulot’s holidays”), and the landscape of the Loire estuary Is really interesting. 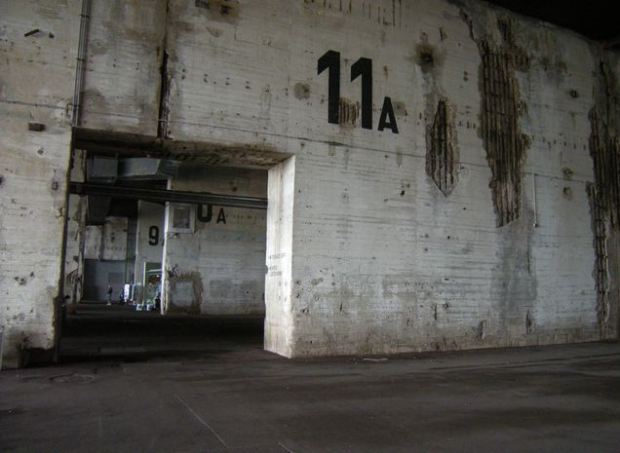 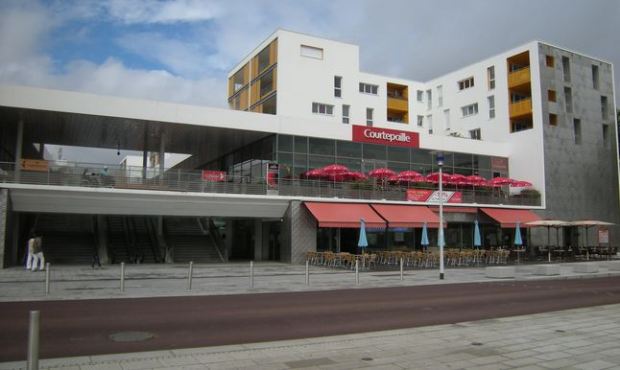