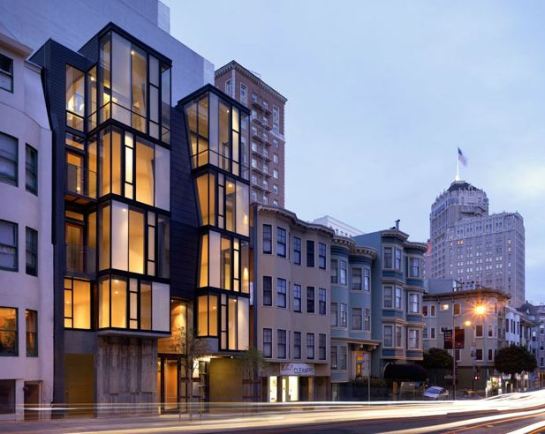 The common image of the United States for Europeans is that of a country with almost no multifamily housing; but even when the single family housing is overwhelmingly dominant, but for some cities as New York and San Francisco, the situation could be changing in this post-subprime world.

This building in San Francisco, by Kennerly Architecture and Planning (2009), groups 8 apartments (7 of some 90 sq m and 1 of some 66) in a small lot of the urban core. The volumes recall the traditional bow windows of the city. 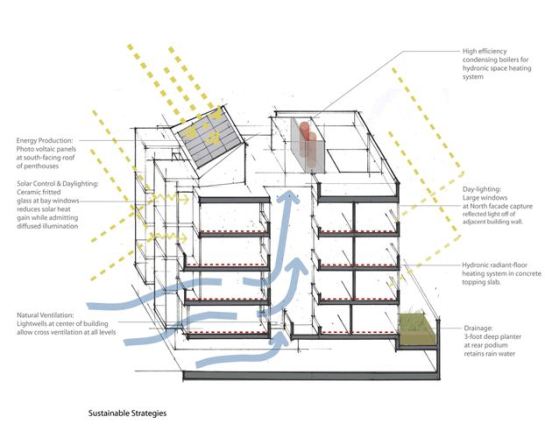