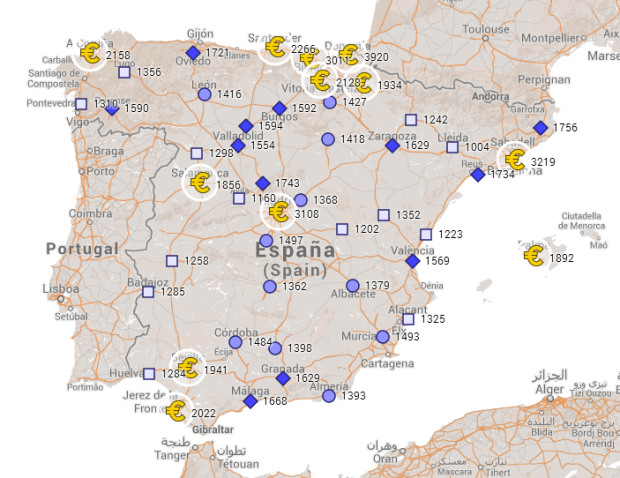 Average price of a sq m of second-hand housing in the Spanish provincial capitals as of January 2014, data from idealista.com

Recent posts have been a vision on what you can buy with a given amount of money in different European cities, with a plan to show what you get for that money, are a reminder of how relative money’s value is. Using the same method for the 48 coterminous and Balearic Spanish provincial capitals, and using data about second-hand housing from idealista.com, you can see that the crisis context, which really has touched the whole country, has different impacts.

Sure, average real estate prices for a sq m of housing have fallen in all the capitals, but there is a difference between Barcelona (-7%) or Madrid (-10%) and Guadalajara (-27,4%) or Tarragona (-22,2%). Despite these corrections, the hierarchical order of cities largely remains: San Sebastian is still the most expensive capital (high per capita revenue, small territory, attractive city), while areas with lower revenues or activity are usually in lower price ranges.

According to January 2014 data from idealista.com, in Madrid and Barcelona 200.000 € would buy you about 60 sq m, while in Lleida you could get some 200 sq m, and in Caceres some 160. It is worth reminding that per capita revenue in Caceres is almost half that of Madrid.

It is also worth reminding that these are average prices for the whole area of each municipality, hiding strong variations among neighbourhoods. And keep also in mind that prices reflect a balance between offer and demand, as real estate bubbles have shown so well. 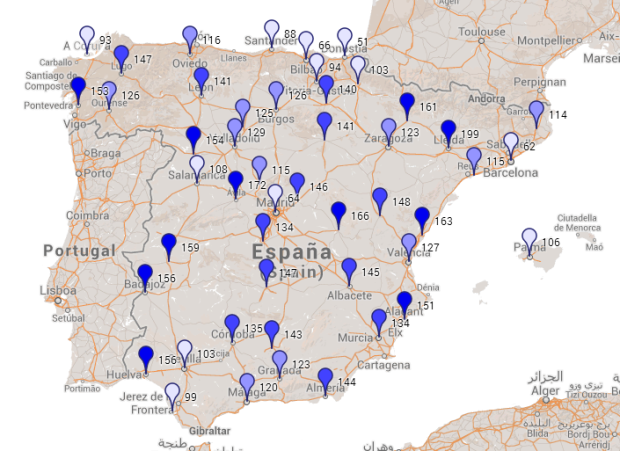 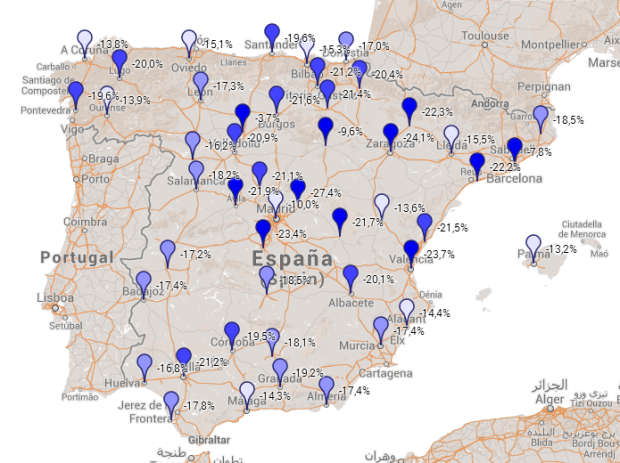 Housing price evolution in the last two years, according to idealista.com