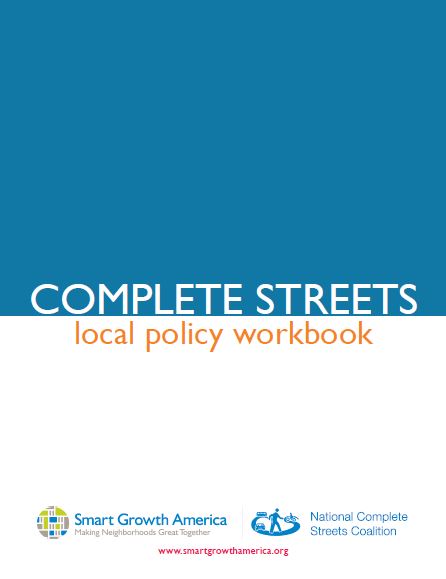 When I was a little boy, sometimes the grown-ups told me they woke up so early to go to their jobs, that streets were still not in place. The American concept of complete streets makes me think that in some places are still for early risers…

A complete street is, according to the definition by the National Complete Streets Coalition, a street designed to enable safe access for pedestrians, bicyclists, motorists and public transportation users of all ages and abilities.

This blog is written from an European perspective; I do not pretend to know the whole of the 27 states of the Union, but I can talk with some knowledge about the two cases I know best, Spain, Italy and France.

The presence of sidewalks, presented as one of the main elements in the American vision, is universal in urban land (but for some historical areas in which usually pedestrians are dominant), although width, and location of poles and signs, are sometimes quite bad; but sometimes the peripheral areas, which are not urban land in planning, can have homes without sidewalks. In illegal building areas the situation is worse.

Bicycles are not always well integrated in the street, and the situation varies from city to city.

Traffic and pedestrians are not always in a balanced relation, and crossing is dangerous in some places. And some other issues raised by the Americans are also sometimes deficiently addressed.

So, in the end, although the Americans are clearly in a worse shape (low densities help), we also have things to correct here in Europe. And from that perspective, it is interesting to read the “Complete Streets- Local Policy Workbook”, specially for the most “Americanized “ European peripheral areas.

Accoding to the Barómetro anual de la bicicleta, 20,5 million spaniards have a bike for their personal use, and some 3 millions use it almost daily. Some of them live in Madrid…

2013 will not bring the once expected municipal shared bike system (the current economic crisis does not seem the good time for it), but we have a new bike lane through central Madrid. After years of a strange situation in which the bike network in Madrid was just a peripheral ring more fit for leisure than for commuting, at least a small change. The bike trail along the Manzanares and the western part of the bike ring are now connected to the eastern part through calle de Alcalá and Calle O’Donnell, configuring a good route for tourists, even if there is still a lack of good connexions with some jobs concentrations. 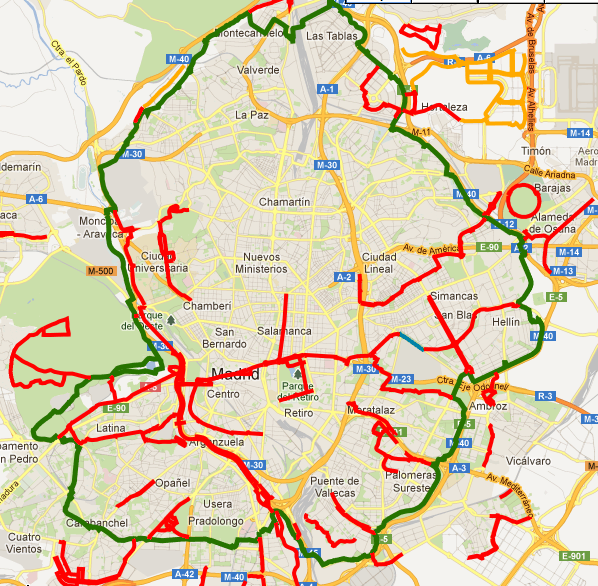 The municipal bike paths map (accesible through the internet, you must notice that the default view also includes recomended streets that have no proper bike lane) shows more clearly the situation; there are still a lot of unconnected bike lanes sections, without a proper grid. 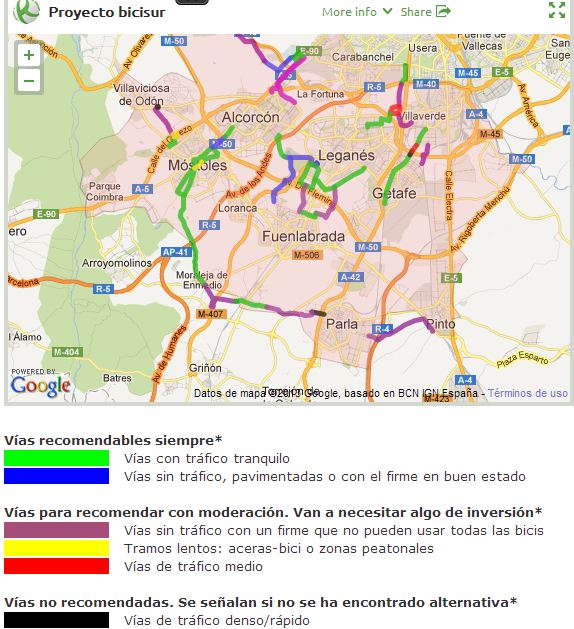 On the metropolitan scale the situation is far from easy; the Bicisur project is led by the Consorcio de Transportes (the regional transportation authority) to make the bike a real alternative to mass transit and private cars in southern metro madrid, along the metrosur line (a curious subway ring that is in an excentric situation).

The method applied is:

There will be more initiatives, with the initial participation set to be closed in march 2013 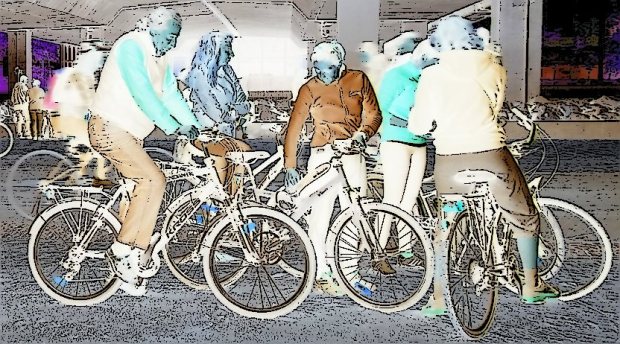 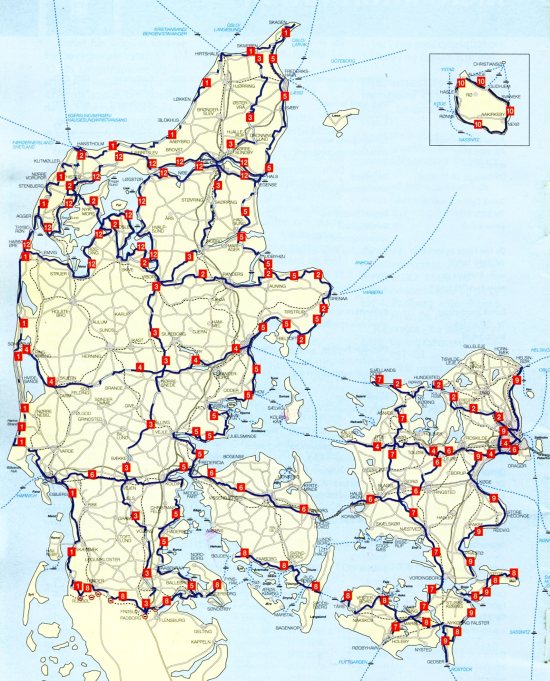 The national biking routes of Denmark

According to the last stats, 16% of all trips in Denmark are by bicycle, and for those under 4 km the share rises to 24%. 44% of all households don’t have a car. With many good conditions for cycling and a population used to it, Denmark is anyway subject to a certain rise in car ownership and use, and cycling on a national level decreased from 1990 to 2008. But even so, bike use has increased in Copenhaguen.

Since 1993 there are 11 national cycle routes, with a total length of 4.233 km. As they usually follow such elements as the coast, with much less stringent layout requirements than car roads, and they are mainly tourism and leisure oriented, they can have great lengths. The initiative’s interest must be weighted with more day to day projects, as Copenhaguen’s Cycle Superhighways, a commuter-oriented project that is to remind to anyone with a certain urban planning culture the “finger plans” so recurrent since the postwar years in this nice city. 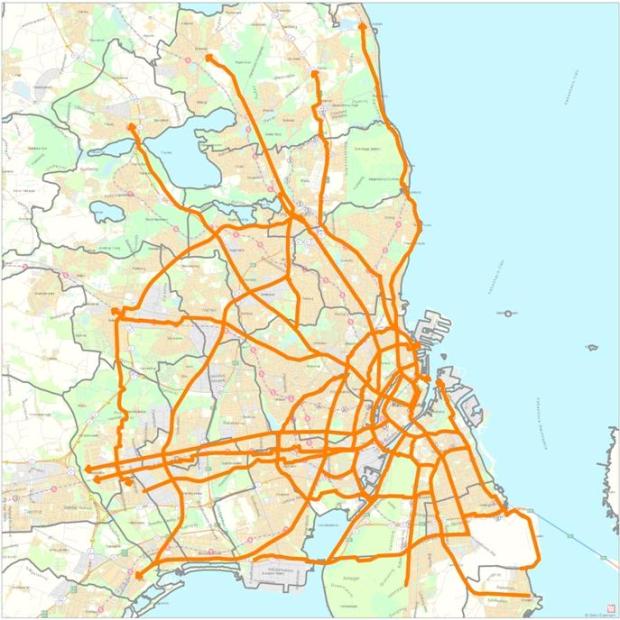 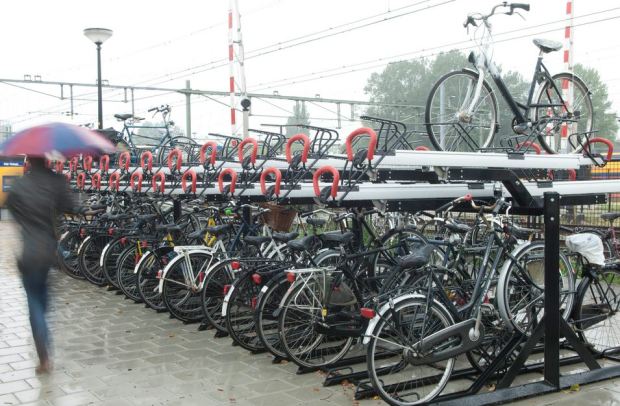 Over the last 20 years the use of bicycles has increased by 40% in Amsterdam, to reach 490.000 daily trips in 2012 and 2 million kilometers daily, and over 3.500 bikers per hour in the most used segments. There is a relevant congestion that generates a third of accidents. 56% of the severe traffic accidents imply a bike rider.

Amsterdam City plans to invest 57 million euros up to 2016 to improve the use of the bicycle. There will be 15 new km of red, high capacity, bike paths, and the main thoroughfares will be enlarged, giving as much priority as possible to cyclists. Up to 2020 there will be a coordinated investment of 120 million euros involving other administrations to solve the most conflictive nodes of the network, but the priority (90 millions) will be allocated to 38.000 new bike parking places (2.368 euros per spot). According to the city, the investment on bicycles is the most profitable for euro spent.

Just to compare investment magnitudes and the number of implied persons, I will use a Madrid example. The Cuatro Caminos underpass, opened in 2005 with a 540 m length (and a complex engineering to make the four lanes way cope with many buried infrastructures) has cost, according to the press, 25,7 million euros, to absorb 70.000 cars a day. If the 57 million euros in Amsterdam’s investment were to benefit just 30% of its bikers in 2012, this would mean some 147.000 daily trips, so the cost in euros/trip would be similar, but the CO2 and other greenhouse gases and pollutants emissions would be clearly down, as well as the associated nuisance. Besides, the Amsterdam investment should tackle congestion city-wide, while Cuatro Caminos is a point solution. Taking into account that building costs in the Netherlands are probably higher than in Madrid, a more adjusted intra-city comparison would be even more advantageous to the bike.

More data about cycling in the Netherlands at http://www.dutchcycling.nl/ 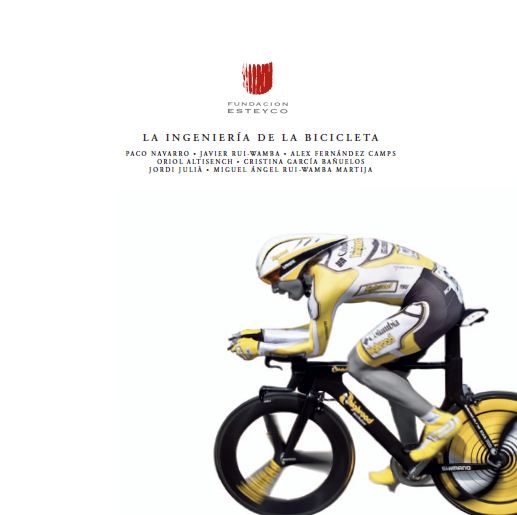 I’ll begin by talking about an American; not a bike runner that has become sincere, but a certain Steve Jobs (even if I write in Windows) that apparently said he thought that computers were to be bicycles for the mind. He meant that the energetic output of the human body when moving, poor when compared to that of other animals, was better than that of the condor when using a bicycle. Because that is what a bicycle is for, as it multiplies the human muscular efficiency.

Fundación Esteyco has published in 2010 the book “La Ingeniería de la Bicicleta”, with the contribution of a number of authors. It is a wonderful reference on the object itself, its origins, the problems and solutions raised in engineering terms, and, why not, the sheer aesthetic beauty it sometimes shows.

The last chapters focus on the engineering of the spaces the bikes use (from the Tour de France mountain roads to the urban spaces) and the bike as an urban transportation system. There is also a set of short texts from authors as Hemingway and Delibes, and artistic visions on the bicycle. 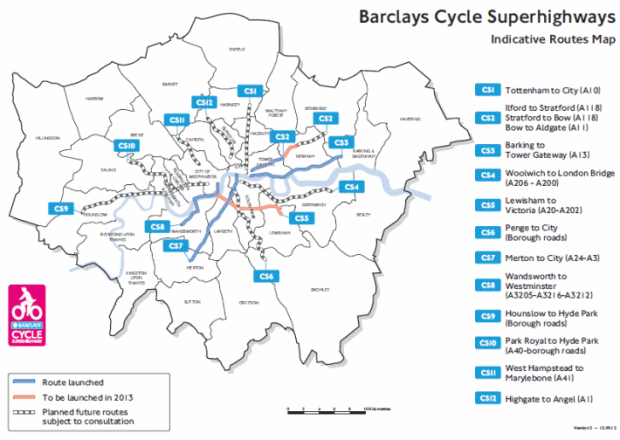 The new Barclays Cycle Superhighways are cycle routes (painted in blue, 1,50 m wide, on the car plaform) running from outter London into central London. They are meant to provide a safer and faster journey for commuters. A bike rental service is associated, and you can also learn to ride your bike. It is a possitive experience, but not entirely revolutionary. 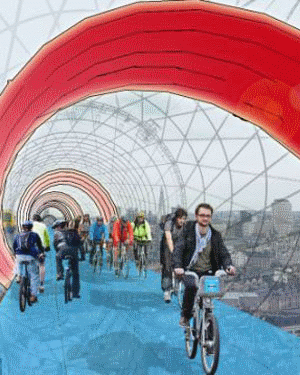 The system would not be free, as cyclists would use the Oyster card (an integrated transportation forfait) to gain access, paying about a pound to commute, which would be a third of the equivalent tube ride. It seems that a corporate partner is being searched for. But there are also some skeptics that would like to focus on the local bike networks. 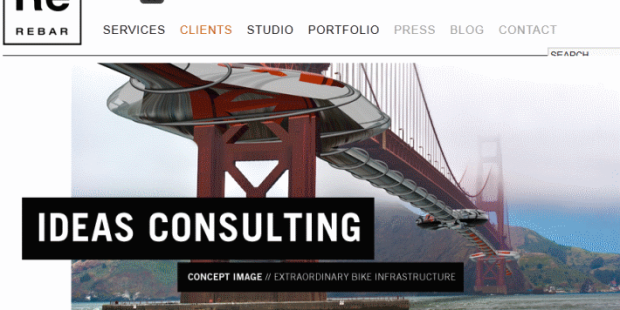 The above image, that can be seen in the Rebar website (altough I have found no futher data on that in the site), seems to predict that such ideas could become common in next months.