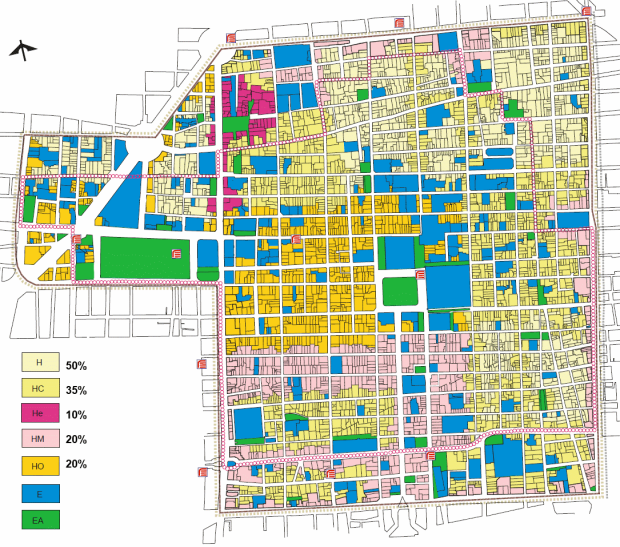 The 2010 Plan shows a will to maintain housing in the historical core. The 2010 census has shown that there is still a long way to get there.

Mexico City’s metropolitan area, with slightly over 20 million people, is one of the most populated in the planet.

According to “Desarrollo urbano y movilidad en América Latina” (urban development and mobility in Latin America), published by the Corporación Andina de Fomento  in 2011, the mobility  in that metropolitan area can be described by:

–           A spatial segregation between a central area with a mixed income range, a high income area to the west and a low income concentration to the east.

–           Relevant investments in public transit, with a first suburban train line of 27 km from 2008, with low use statistics due to the ticket price and problems at links.

Many measures are being planned to try to tackle these problems, mainly on the public transit side. But some measures also involve freeways (according to Mexican government webs, 25% of investments).

The Periférico of México is a freeway with an average speed between 6 and 13 km per hour at peak moments. The proposed solution is a second level, using the same land already allocated to the freeway in the 1950s and 1960s. The second level includes a reserved lane for public transportation, and it is estimated that it will increase speeds and reduce lost labor hours and greenhouse gas emissions.

The future is hard to predict; official reports insist that the conditions of Mexico differ from those of European and North American cities, but only the future will tell whether the new infrastructure attracts new traffic. The introduction of toll systems for the second floor will probably be the diferential element.