The area of the present square, occupied by buildings in Texeira’s map

Tirso de Molina Square is in the old area of Madrid, but it is not one of the classical historic squares, as the Texeira map, engraved in 1656, shows the area occupied by buildings; in the image you can also see some other changes from the years of Philip IV, as the configuration of the Puerta del Sol. Tirso de Molina Square is opened in 1840 and the façades to it are the former façades to the narrow streets, which explains the lack of a grand architectural composition.

The Madrid municipality has proceeded to refurbish the square, opening it in 2006; its role in the neighborhood as a public space with a sizeable subway users traffic was compromised in the previous years by the presence of homeless people and drug dealers. The new layout tries to regenerate the public space, adress the neighbour’s demands and reduce the chances of conflict through a limitation in motor traffic (intense until then due to lorries serving the clothes wholesalers of the area) and an urban design that eliminates the low visibility areas and has led to the use of benches in which it is not possible to sleep. 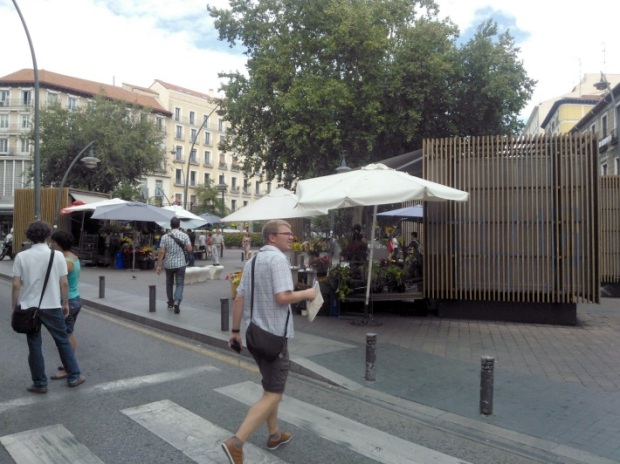 The project by estudio Haiku includes flower sales kiosks designed as sculptural elements that expand on the square during opening hours as the bar’s tables, linear gardening elements on the slight level changes, and child’s recreation areas. After six years of use and in the middle of a devastating economic crisis in the country, the new square seems to hold, with some signs of decay in the kiosks due to use. 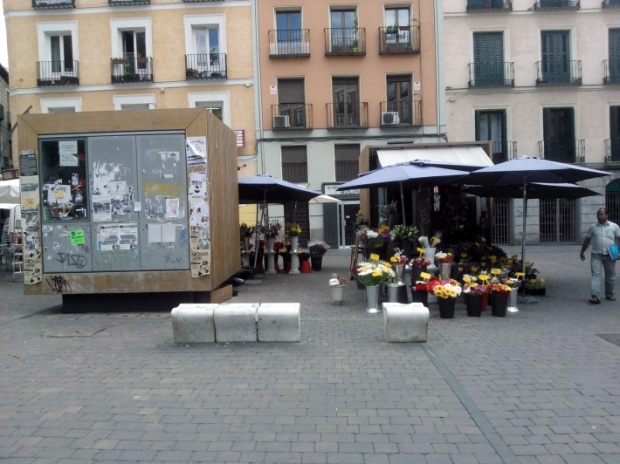