The Circulo de Bellas Artes (Circle of Fine Arts) is a private cultural entity created in Madrid in 1880. Its current headquaters on calle de Alcala 42 was opened to the public in 1926. The project by architect Antonio Palacios is quite clearly different from what was then the architectural avant garde in Europe (Mies Van der Rohe or Le Corbusier are miles away…), but it is the kind of building whose singular personality make it a landmark; it has a quite complex cross section, due to its singular use, and its tower is quite visible (indeed, this is the only real role it has…)

On top of the building the tower rises over an open air platform that can be visited (if you want to get a good view over the roofs of central Madrid, it is a must…). The tower is just an ornamental element, but its proportion and design make for an interesting presence in the skyline. 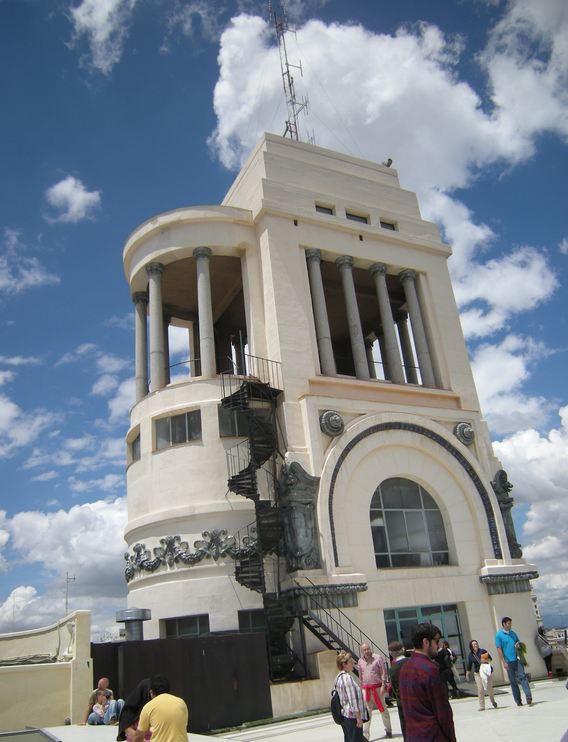 The Circulo de Bellas Artes as seen from calle de San Agustín. The Congress can be seen on the lower part of the image.