The French city of Lyon has many reasons to catch your attention: its setting between two rivers that pretend not wanting to join their waters, so creating a long peninsula that has become the urban center, its hills giving you good views even of the Alps, some 100 kms away, and an ordered urban planning. You can also mention food, while you are… 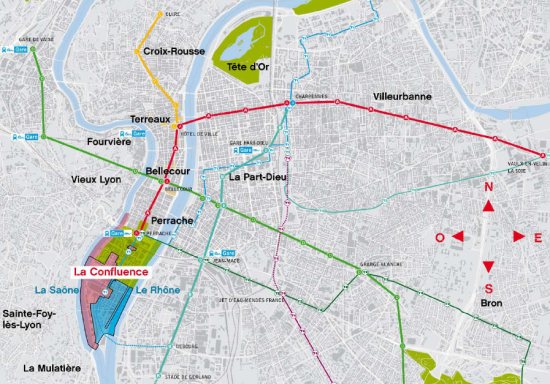 The historical core is on the Fourviere area, on the Saone banks, and has expanded to the east. Th 1764 plan by Jean Antoine Morand shows a vision of the consolidation of the city on the river crossing. The junction of the Rhone and the Saone, whose position has changed over the centuries due to the fluvial dynamics and canalization works, has been until recent dates a haphazard suburb with industrial and rail uses.

In 2003 the City of Lyon launches the urban renewal operation, aiming to configure a space with a high quality of life, affordable housing, mixed uses and cultural activities, and the seat of the Rhône-Alpes Regional Government.

The project area covers 150 hectares, 70 of which correspond to lots and 35 to public spaces. The area is to reach a 16.000 population with 25.000 jobs, including high energy efficiency buildings and a reduced water use. Any part of the operation is less than 400 m from water and a public transit stop. The flood risk is reduced by minimizing the soil paving (less on-street parking, grass planted public spaces) and through a design that includes canals. 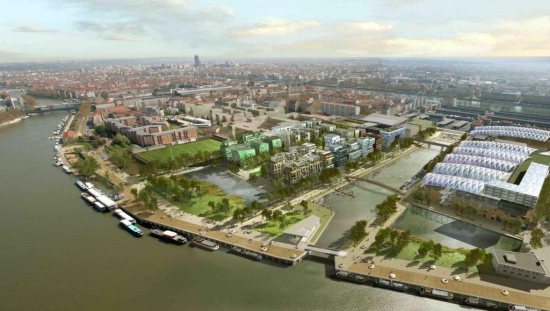 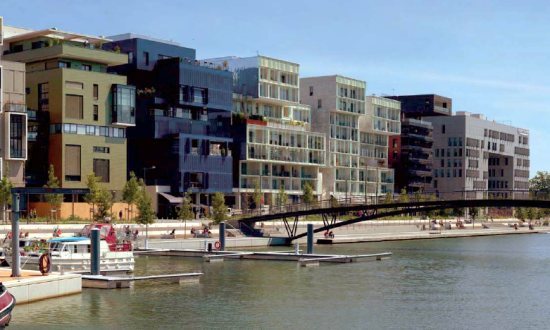 Public spaces and buildings have been designed with water and built heritage in mind.

You can get more information at www.lyon-confluence.fr