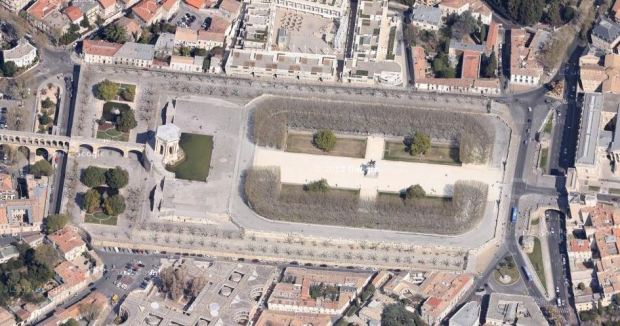 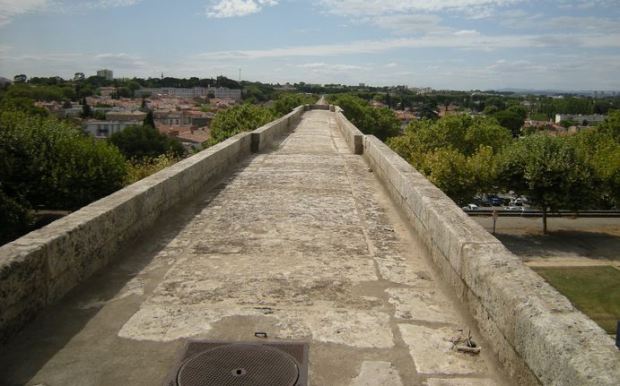 To start talking about a city by focusing on a historical architecture has always the risk of being a bit rigid… The Promenade du Peyrou is an urban design from the XVIIth century, based on a statue of Luis XIV, a triumph arch and an aqueduct (more recent) on the highest hill of the city, allowing a view over the rooftops. It is a promenade and not a park or garden, not being closed at night. The configuration in terraces linked by stone stairs allows good views.

In 1710 a bylaw forbids buildings that could harm the views from the promenade. The urban landscape appears as a value that can be protected by the legislative. In 1715 a statue of the king Louis XIV is erected on the belvedere, increasing the symbolic role of the layout. Recently there has been a debate on the suppression of that interdiction (which by its legal status would require a decree by the National Parliament) in a partial way for areas out of the sight cones towards the south (sea) and north (Pic Saint- Loup), with the example of the Saint Anne Church (XIXth century).