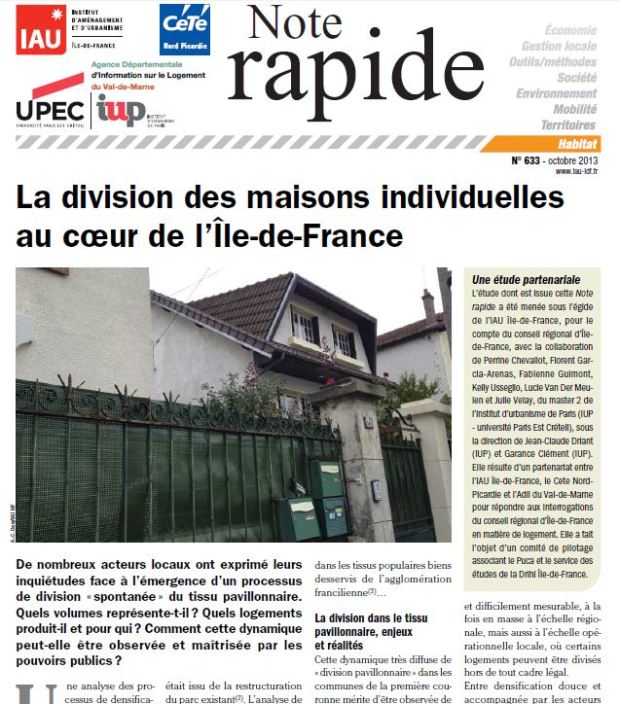 a) In most of the municipalities having experienced urban density increases between 1999 and 2008 there was no increase in land area for housing.

b) 25% of the new home units appeared between 2001 and 2011 came from pre-existing buildings refurbishment.

This has not happened in a uniform way across the regional space, with areas in which high real estate prices have driven a reduction in the number of homes (quite few and of small size), while others (most) have gone the opposite way.

Up until now the impact of these dynamics on individual home urban tissues was not well known. Some 2.000 homes are produced each year by subdividing some 770 individual homes, mainly in low- middle income areas with reasonable services and public transportation. Usually ownership transforms in rent units, to which young families go.

This text addresses something which is, in fact, a historical constant: as cities grow, their tissues usually densify, and now a time has come to see how a regulated urbanism copes with that on a massive scale.

Some can see here a victory for public transportation, as this concentrates growth in well served areas; I think more data is needed to see which part of residential choice is induced by that, but no doubt this is also relevant in a congested area as metro Paris.