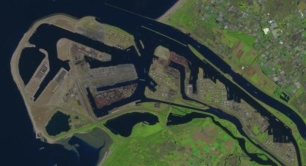 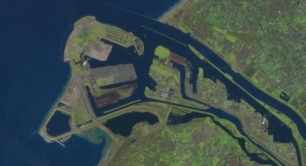 Rotterdam is well known as one of the largest harbours in the world. It is expanding over the North Sea with ever increasing jetties in a sandy coastline (read http://www.portofrotterdam.com/en/Brochures/Rotterdam-World-Class-Port.pdf). 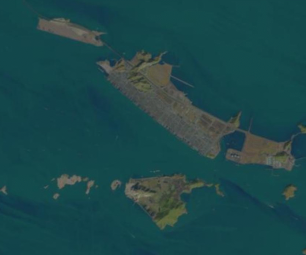 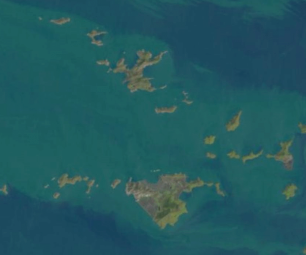 Less known is the new Yangshan deepwater port area, south of Shanghai, on Xiaoyang island. Linked to the mainland by a system of bridges that reach that location more than 15 km into the sea, it has a large pier over 4 km long aimed at container traffic.