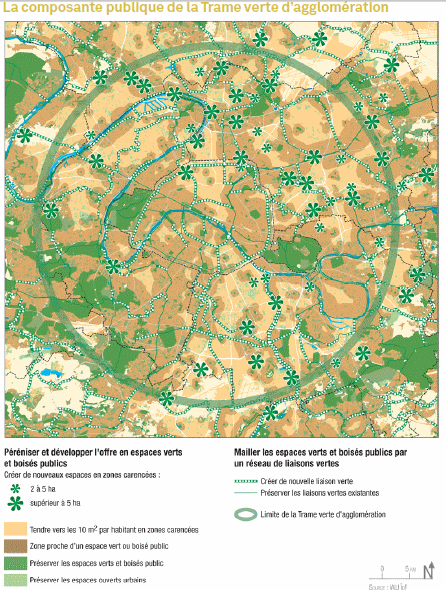 Drawing a greenbelt can be the starting point for many dissapointments: as most of the time we do not work on a “virgin” territory, the belt will almost never be closed, and its shape will be not that clear at first sight. In the SDRIF as often in other parts of the world, there is a Greenbelt project that works with reality; woods around Paris are integrated, as well as regional natural parks, and the debate could be in the conectivity among these spaces. The role of rivers as ecological connectors is also relevant and integrated (even when the Seine banks are sometimes stockage areas for construction materials, it is a truth that nature prevails somehow…). Overall, SDRIF tries to ensure these continuities, in which farmland is also relevant, as much for landscape as for ecologic continuity.

Those open spaces are also used to limit urban growth, and this, combined with the aim to improve the quota of green space per habitant in the denser areas (a complex operation, as sometimes it involves new buildings to ensure a balance between the cost of the new parks and the new revenue), can contribute to improve the quality of life. These spaces must also integrate as much as possible flood plains, a relevant issue in a metropolitan area with large rivers. 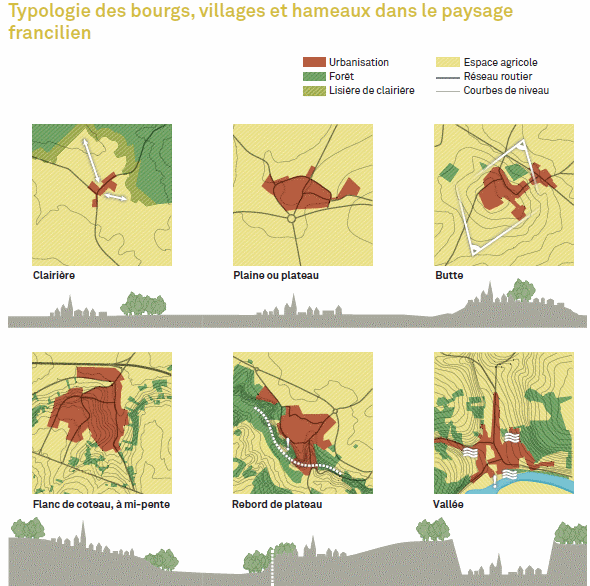 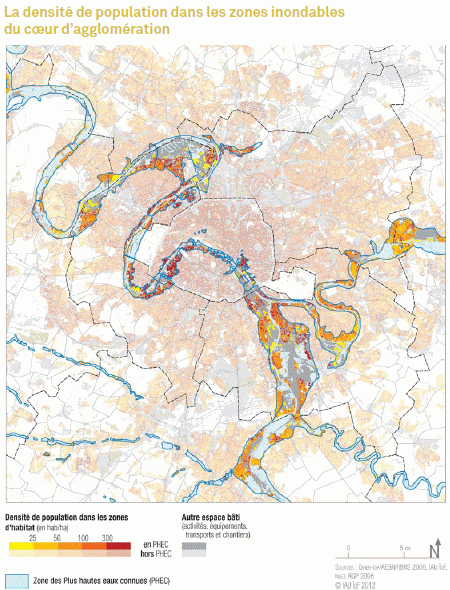