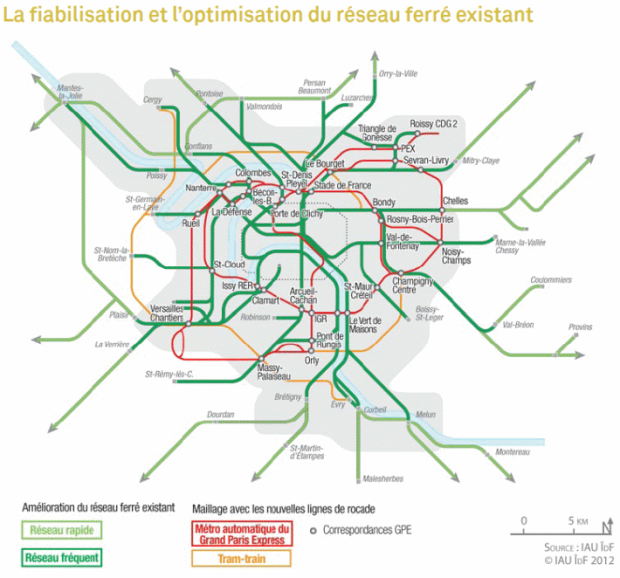 The mobility policies are among the “hard” elements in most of the Plan that can be compared to the SDRIF. It is a capital investment issue, that usually drains much of the funds allocated to the new territorial model (not having found a precise financial programme for SDRIF this is still hard to judge here), and the public actors are, at least in Europe, highly implicated. It is also a range of policies with direct impacts on territorial competitivity, but also on environment, due to the impact of linear infrastructure and greenhouse gas emissions. 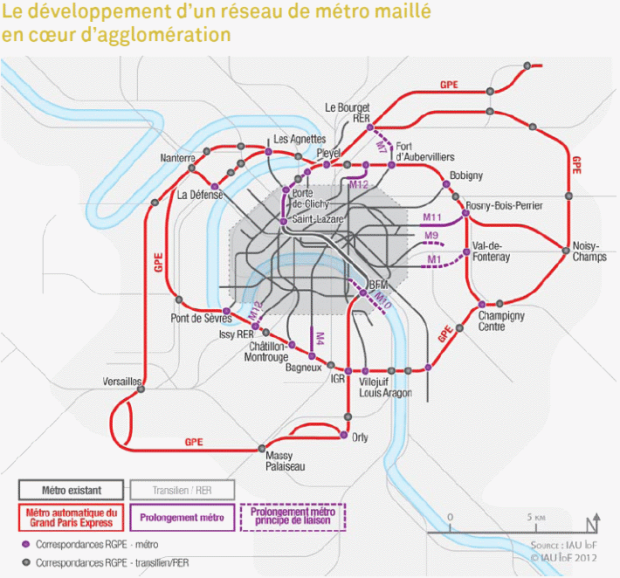 Paul Delouvrier’s Schema Directeur from the 1960s introduced as mobility landmark the RER (regional express network of high frequency trains), as well as a Peripherique inner beltway that was already being built and the radial freeways, as well as the A-86 outter beltway proposal. 1994’s SDRIF included the Francilienne external beltway and improvements to RER, as well as the idea for a transversal public transit connection between suburbs. 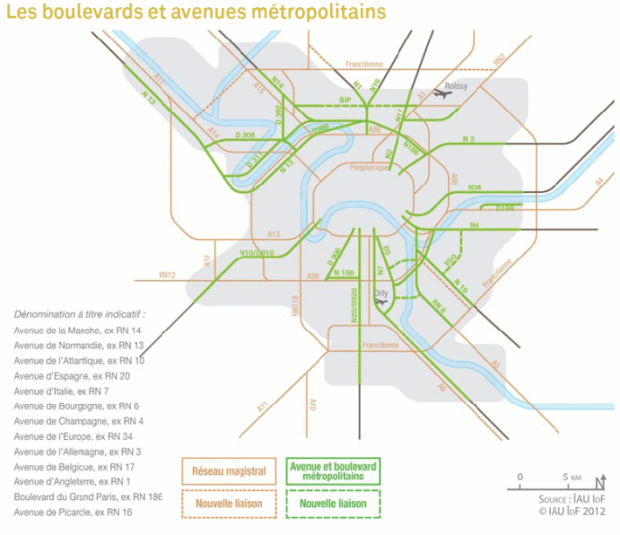 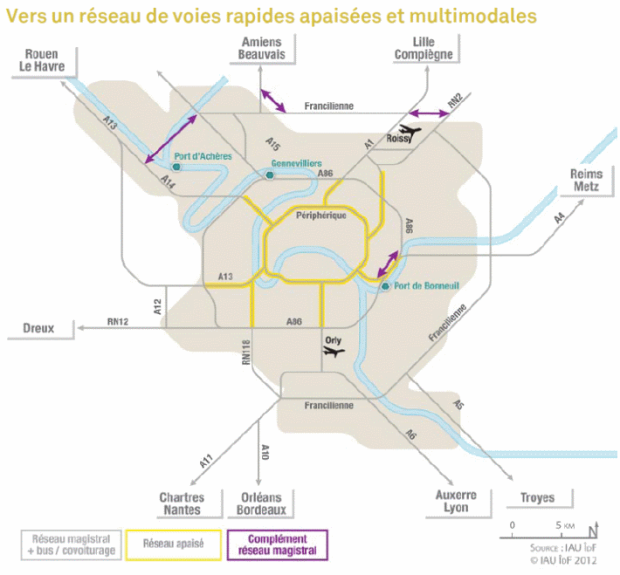