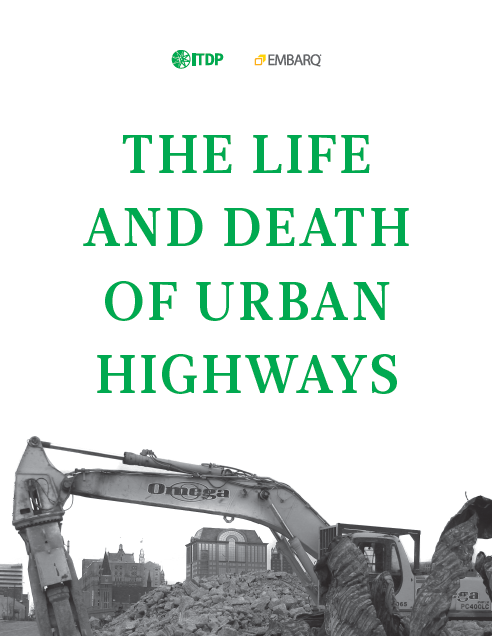 The publication “Life and death of urban freeways” explains the evolution of a concept that many among us find today obsolete. It describes how public policies from the 1940s to the 1960s fueled the flight of the middle class to the suburbs, the role of many administrations aproving infrastructure projects as a solution to that problem, and the problems raised by the hughe economic, social and environmental costs of these urban freeways. The opposition movements, the new approaches to urban problems as those of Jane Jacobs in New York, and the way in which these approaches to mobility, today usually deemed as obsolete in “rich countries”, are applied by “emerging countries” are also analyzed, to finally show the demolition or integracion programmes for urban freeways in Portland, San Francisco, Milwaukee, Seul and Bogotá.

I think that what we usually forget and makes us unable to understand what happens in “emerging countries” going full-speed towards a car-dependant society is that the initial stages of car ownership surge in countries are often not subject to congestion, and the feeling of freedom a newly acquired car can bring, especially if there is no efficient public transportation system, is more a qualitative, emotional thing than a rational and quantitative one. The inertia of the images of the “rich countries”, with large freeways and cars, especially in a world dominated by tv, is also to be considered. 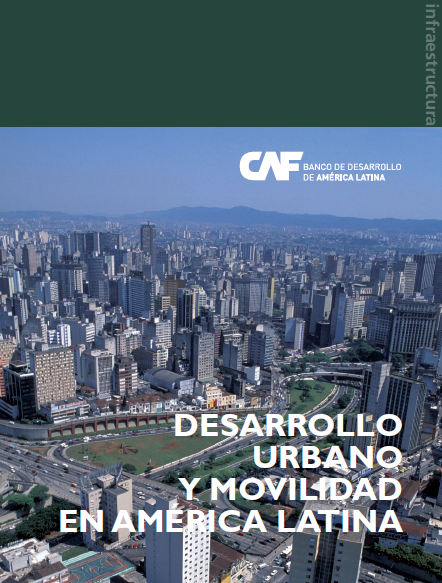 Latin America, an “emerging region” for the last years due to its high economic growth, shows, according to the publication “Desarrollo urbano y movilidad en América Latina”(urban development and mobility in Latin America),by the Corporación Andina de Fomento (a developpement bank):

– The economic growth in the last years, even if as unevenly distributed among citizens as traditionally in many cases, has brought a relevant increase in car ownership.

– Investment in urban highways is relevant, altough public transportation is being improved in many cities, and there are success stories as Curitiba in Brazil.

– Investments in mobility can contribuite to sustainable development in an effective way only when linked to urban and regional planning as to ensure an efficient system.