Gran Vía: 1,3 km (slightly less than a mile) of central street cut through central Madrid from 1910. Not unlike Picadilly Circus/Regent street in London, or Times Square in New York

The Gran Vía is to central Madrid, since its inception in 1910, what the boulevards were for Haussmann’s Paris: a large cut through its old urban tissue. But here it is an isolated case. With an irregular plan, it is the moment in which a Spain that had lost the 1898 war against the United States tries to rebuild its image taking America as a reference.

An icon of modernity in the post-war years, since the 1980s it entered in a decay dynamic, which began to be reversed since the late 1990s, in parallel to a sizeable work on the public space. The closure to motor traffic of the Plaza de Callao and the calle Montera allowed an increase of pedestrian spaces, reinforcing the strongest retail area in the city.

Callao in 2009 (left) and in 2006 (right). One of the busiest walkways in Madrid becomes a grand pedestrian esplanade 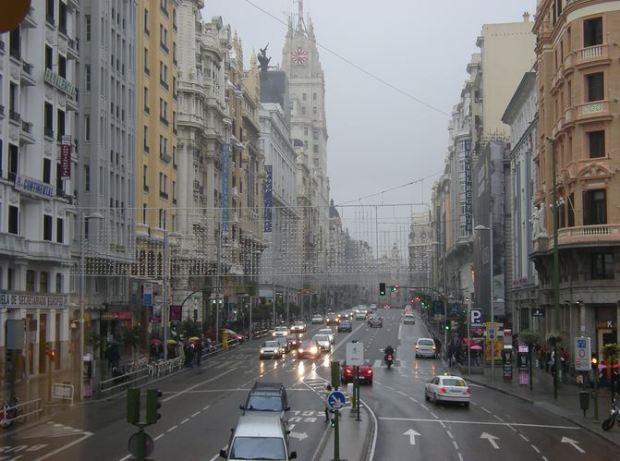 Gran Vía, as seen from the capitol building on a winter day. Cars occupy most of the space, altough walkways are wide (8 meters in many sections) 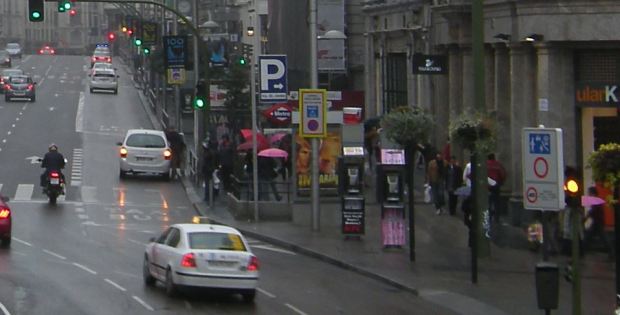 Right side of the previous image. Some urban furniture elements are perharps a bit to bulky; besides, Madrid could use a system similar to that of London, with underground entrances integrated into buildings, to free the sidewalks (altough in this case the problem is limited), but it is something quite dificult to do in an existing city. 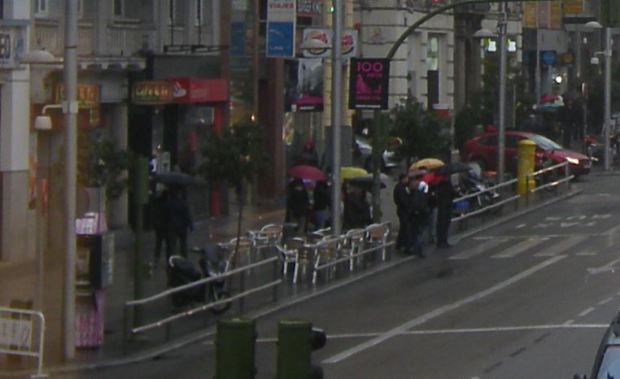 The left part of the wide image. The sidewalk cafes can be seen, as well as the new granite paving and the pedestrian barrier.